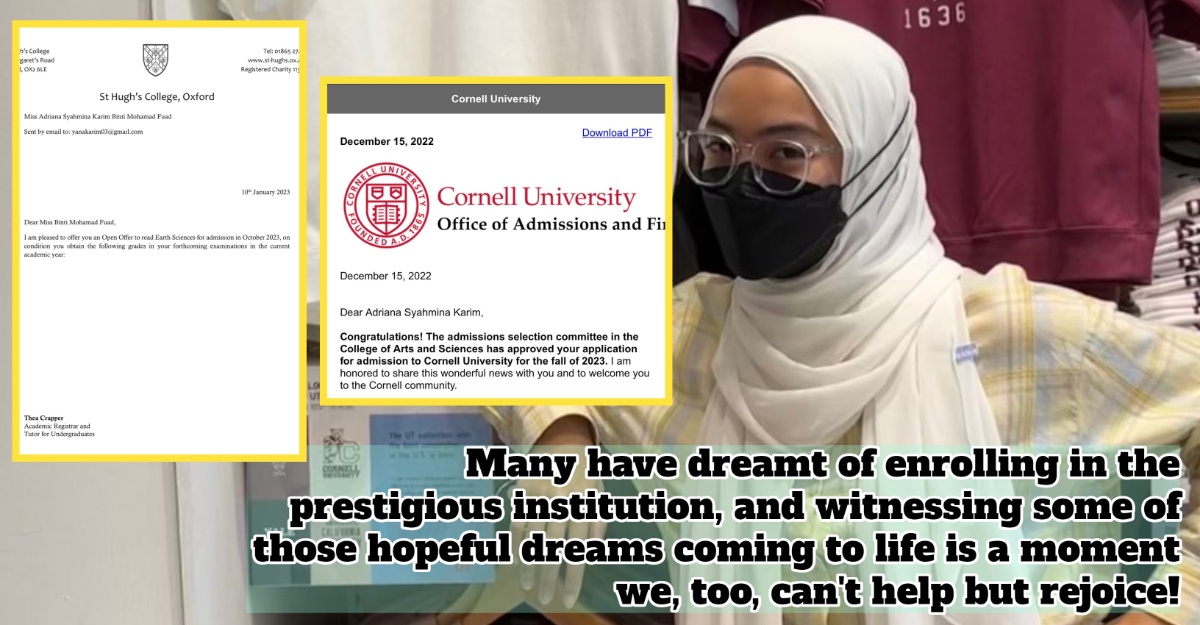 We’re genuinely happy and proud of this Malaysian student, Adriana Karim, to get an offer from Oxford! Many have dreamt of enrolling in the prestigious institution, and witnessing some of those hopeful dreams coming to life is a moment we, too, can’t help but rejoice! But to know Oxford sent her an offer letter, isn’t that just another level of awesomeness?

Some might say it’s just a place to study. Nothing is special about it. But honestly, we’re talking about Oxford here. The Oxford University. Who wouldn’t go a bit berserk when receiving an offer from an excellent academical institution like that?

Dating back to last December, Adriana shared a tweet regarding her acceptance into an ivy school. She was admitted to Cornell University, a private university providing cohesive education to undergraduates, postgraduate and professional students. She was accepted into the College of Arts and Sciences for the upcoming October 2023 session.

i can’t believe i actually got into an ivy school :”) pic.twitter.com/gjY4NoFlsh

If that isn’t impressive, she was also offered a place at Oxford!

In her tweet, Adriana shared a screenshot of the acceptance letter into St Hugh’s College, Oxford!

Adriana was offered to enrol in Earth Sciences in the October 2023 session, following the excellent grades of her upcoming examinations in the current academic year.

She couldn’t even believe it herself too! Two offers from well-known universities are waiting for her to choose! She’s indeed the intelligent kind!

did i really got into oxford after getting an ivy? in disbelief. truly in disbelief but super duper grateful regardless. alhamdulillahhh 🥹🫶🏻🤲🏻 [DAH LA BARU BANGUN HAHAHAH SORRY DO MUKA BUSUK BAHAHAHAH] pic.twitter.com/R83YBlISFc

Another user Penulis Sabda Hatimu (@rahmansallehin), quoted her tweet, “She’s a Sarawakian student sponsored by @yayasansarawak. She was offered to further her studies at the University of Oxford.” 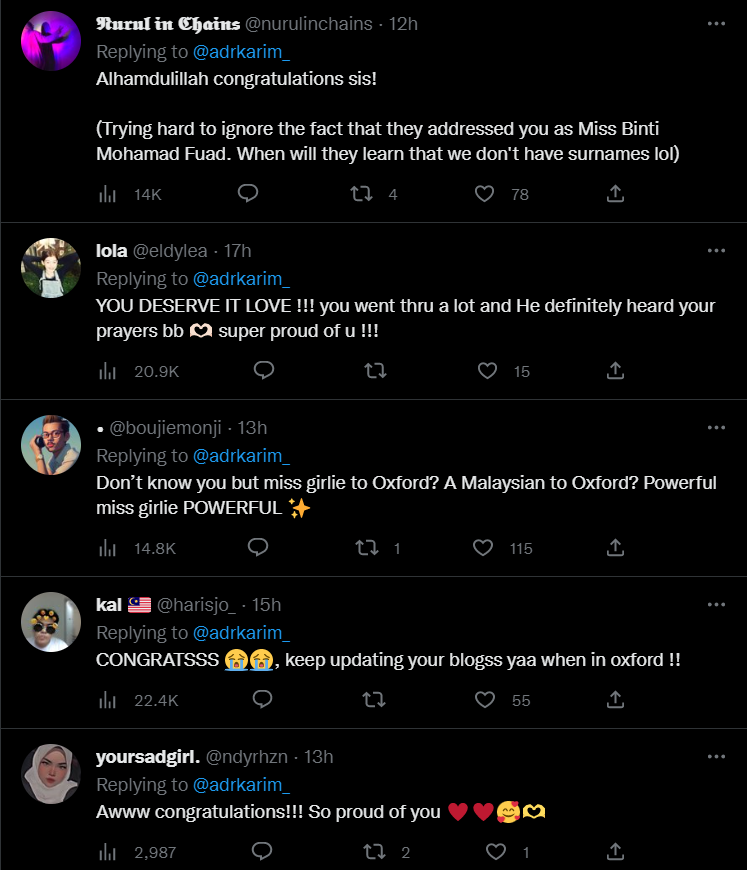 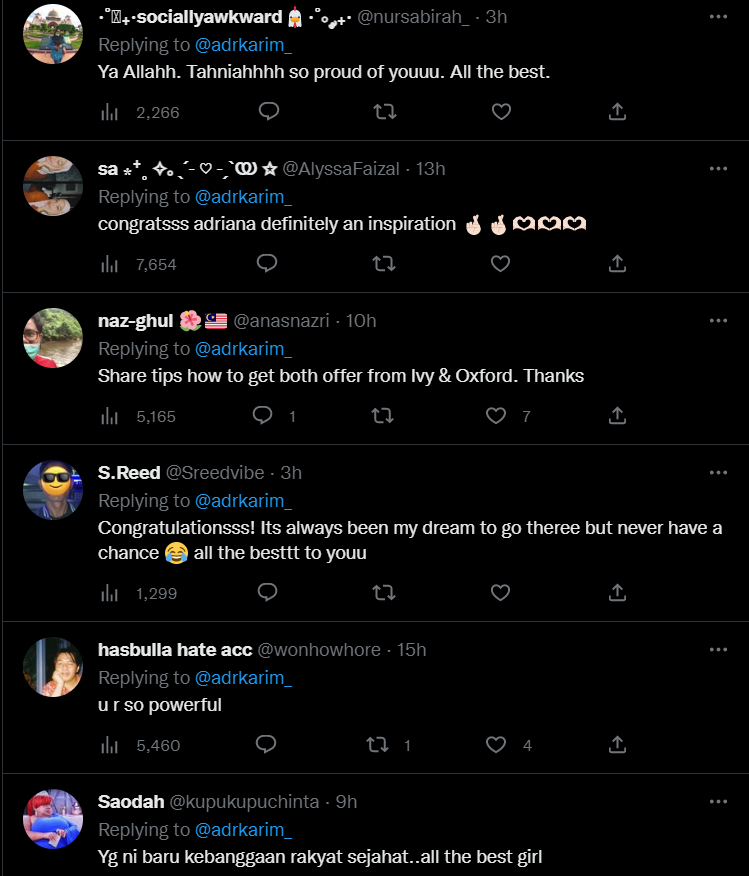 We hope this excellent student will soar higher in everything she’s doing in the future. Good luck in your next endeavours, Adriana! 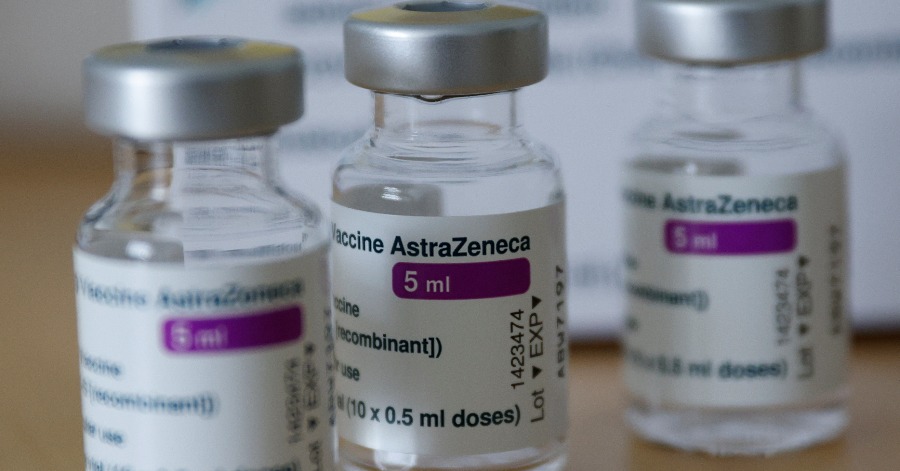 MOSCOW, May 19 — A study conducted by Oxford University found that the AstraZeneca COVID-19 vaccine works best as a third dose for patients... 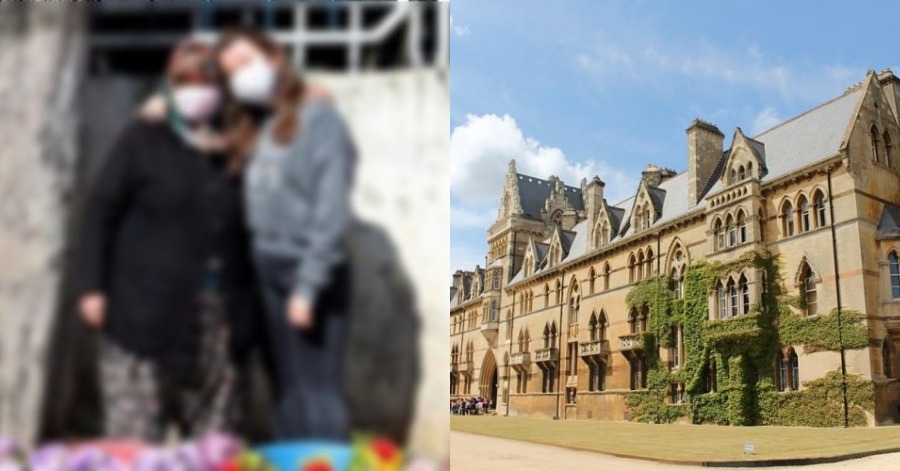 A young Turkish woman had been allegedly conning her poor mother into sending her money by claiming that she was studying medicine at the... Oxford and AstraZeneca COVID-19 Vaccine Show It Has Moderate Efficacy

The early results of the vaccine proved to be 90% effective, came from a small group that receives half of the dose, but the... 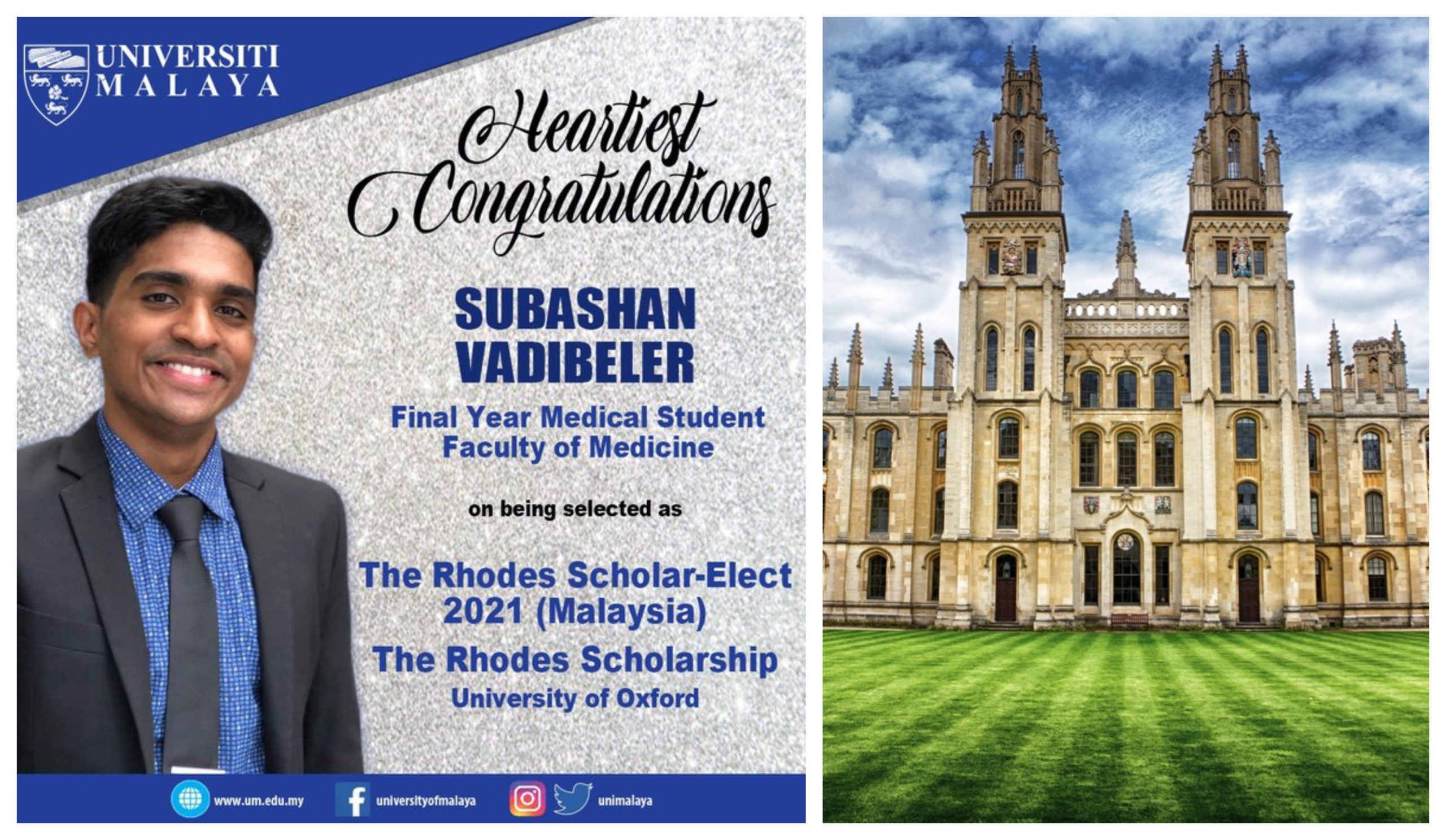