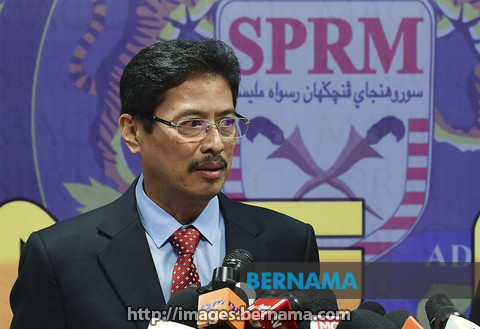 The Prime Minister’s Office (PMO), in a statement, said the Yang di-Pertuan Agong Al-Sultan Abdullah Ri’ayatuddin Al-Mustafa Billah Shah has consented to Azam’s appointment in accordance with subsection 5(1) of the MACC Act 2009.

“The government would like to express its highest gratitude to Latheefa for her service during her tenure as the MACC chief commissioner,” it said.

On March 6, Latheefa confirmed that she had tendered her resignation to Prime Minister Muhyiddin Yassin on March 2.

In a statement to the media, Latheefa said that the resignation was her own decision and speculations that pressure was brought upon her to do so was baseless.