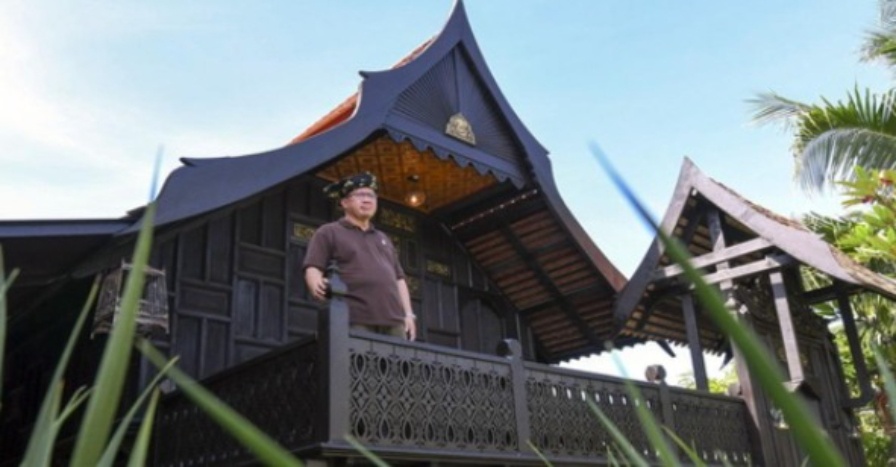 KUALA LUMPUR, April 29  (Bernama) — The National Heritage Department (JWN) is prepared to assist Johan Ariff Ismail, 52, the owner of the traditional Kelantan house, Rumah Tiang 12, which is estimated to be over a hundred years old,  to be gazetted as a heritage building.

The department’s East Zone director, Mohd Shukri Mohd Isa said the move would involve several processes, including the need for Johan Ariff  to nominate or make a documentation of the house to JWN.

He said a nomination that had significant originality and contributed to cultural history could be considered for evaluation.

Support from the  the state government is also required as it involved land ownership, he said, adding that the process usually took three to four years.

“The department can help turn Johan Ariff’s house into a heritage building, the process will have to start by the owner himself, and InsyaAllah the Aidilfitri celebration, we plan to meet with him to discuss the matter,” he said when contacted by Bernama.

An article by Bernama yesterday stated that Johan Ariff, who is a photographer, re-assembled the Rumah Tiang 12, named Sri Getam Guri,  in Kampung Dusun Muda, Kota Bharu, Kelantan, to prevent it from collapsing and becoming extinct after buying the wooden house from the owner.

The house has been passed down from generation to generation until its present owner.

On the uniqueness of the house, it is built with cengal wood and did not use nails, but wooden pegs (pasak). It has 12 pillars of uncut timber and the structure was installed in the ground, and its top, to the ceiling of the house.

Mohd Shukri said the positive impact by gazetting the house as a heritage included ensuring the preservation of the house , as well as provide economic returns to the owner and also the state government as the heritage building would be a tourist attraction.

“Gazetting it will give added value to the house, visitors will go to Rumah Tiang 12 because it has been gazetted by the Malaysian government. So it can be commercialise, for example for shooting location, and can provide revenue for the owner through ticket sale for visitors,” he said.

Meanwhile, former Museum Director of the International Institute of Islamic Civilization and the Malay World, International Islamic University Malaysia (ISTAC-IIUM), Dr Muhammad Pauzi Abd Latif said efforts should be made to save traditional Malay houses to preserve its technology and architecture.

This is especially on the building of the house without the use of nails and its design to provide natural ventilation, he added.

“Dignifying traditional Malay houses today is challenging because we do not have the skills to continue with. We have no special institution that can produce skilled carpenters, so over time that legacy will be extinct.

“Hence, the need to preserve them and at the same time we need to create an institution that can produce professional carpenters,” said Muhammad Pauzi  who has been involved in conserving 20 traditional Malay houses.