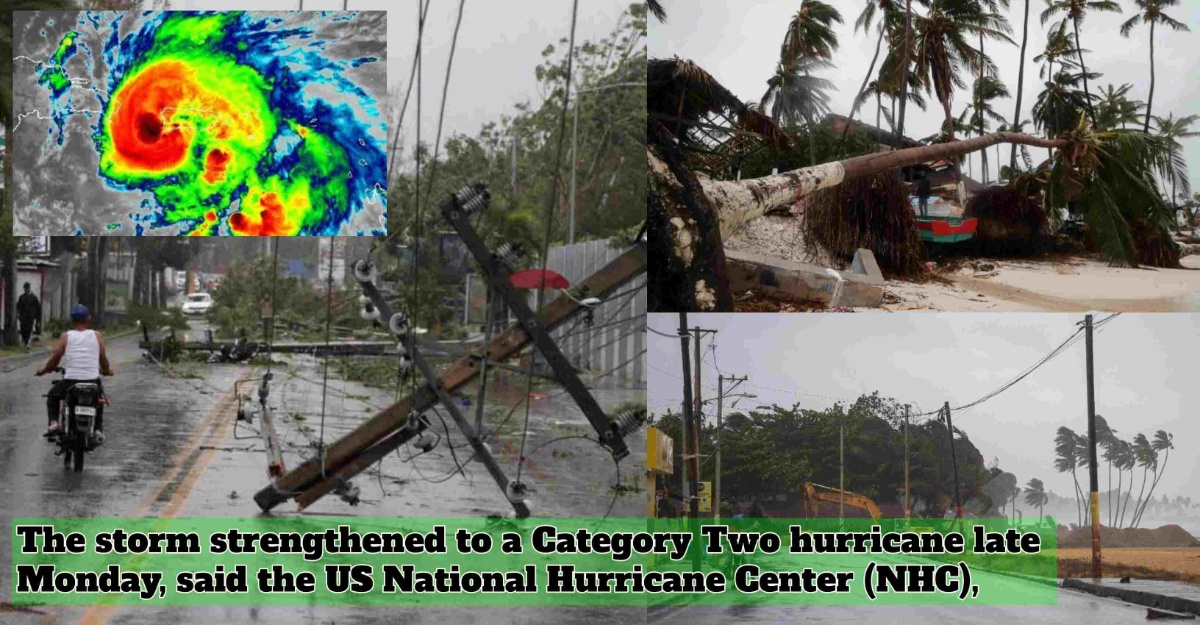 Hurricane Fiona dumped torrential rain on the Dominican Republic on Monday after triggering major flooding in Puerto Rico and widespread power blackouts in both Caribbean islands.

The storm strengthened to a Category Two hurricane late Monday, said the US National Hurricane Center (NHC), which forecast continuing rains and possible new catastrophic floods during the night in both Puerto Rico and in the eastern Dominican Republic.

The NHC said the hurricane was still strengthening and warned that “life-threatening and catastrophic flooding and mudslides” were possible.

Several roads were flooded or cut by falling trees or electric poles around the Dominican resort of Punta Cana where the electricity was knocked out, an AFP journalist on the scene said.

With 18 of the island’s 32 provinces on red alert, nearly 800 people were sheltering in safe areas, according to emergency services.

Fiona was packing maximum sustained winds of 100 miles per hour (155 kilometers per hour), according to the NHC, which expected it to strengthen Tuesday to a Category Three storm — making it this season’s first major Atlantic hurricane.

After passing close to Turks and Caicos late Monday or early Tuesday, the storm is expected to track north later in the week, out into the ocean — although it could come perilously close to tiny Bermuda.

In Puerto Rico — where the rain was still beating down — Governor Pedro Pierluisi said the storm had caused catastrophic damage since Sunday, with some areas facing more than 30 inches (76 centimeters) of rainfall.

Nelly Marrero made her way Monday afternoon back to her home in Toa Baja, in the north of the US island territory, to clear out the mud that surged inside after she evacuated a day earlier.

“Thanks to God, I have food and water,” she told AFP by telephone — having lost everything when Hurricane Maria devastated Puerto Rico five years ago.

Hearing the flood alert ring out, Marrero headed out into the rain with her daughter and three infant grandchildren, seeking refuge at a relative’s house.

“It was very difficult with the babies — they were crying, they didn’t understand what was going on,” she said.

A man was killed as an indirect result of the power blackout — burned to death while trying to fill his generator, according to authorities.

Fernando Vera, a resident of the town of Utuado, told US broadcaster NPR his family has never fully recovered from the devastation of Maria — one of two hurricanes that hit the island in 2017, along with Irma.

“We still struggle from the consequences of Maria and it’s kind of difficult knowing we’re going to probably have to start over again,” Vera said.

“Unfortunately, we expect more rain throughout the island today and tomorrow,” he said.

Most of Puerto Rico, an island of three million people, was without power, but electricity had been restored for about 100,000 customers on Monday, the governor said.

The hurricane has also left around 196,000 people without drinking water as a result of power outages and flooded rivers, officials said.

Fiona made landfall in Puerto Rico as a Category One hurricane, at the lowest end of the five-tier Saffir-Simpson scale.

Before that, the storm had caused one fatality — a man killed after his house was swept away by flooding in the French overseas department of Guadeloupe, when Fiona was still classified as a tropical storm.

US President Joe Biden has declared a state of emergency for Puerto Rico, authorizing the Federal Emergency Management Agency to provide assistance.

The former Spanish colony became a US territory in the late 19th century before gaining the status of associated free state in 1950.

After years of financial woes and recession, Puerto Rico in 2017 declared the largest bankruptcy ever by a local US administration.

Later that year, the double hit from Irma and Maria added to the misery, devastating the electrical grid on the island — which has suffered from major infrastructure problems for years.

The grid was privatized in June 2021 in an effort to resolve the problem of blackouts, but the issue has persisted, and the entire island lost power earlier this year. 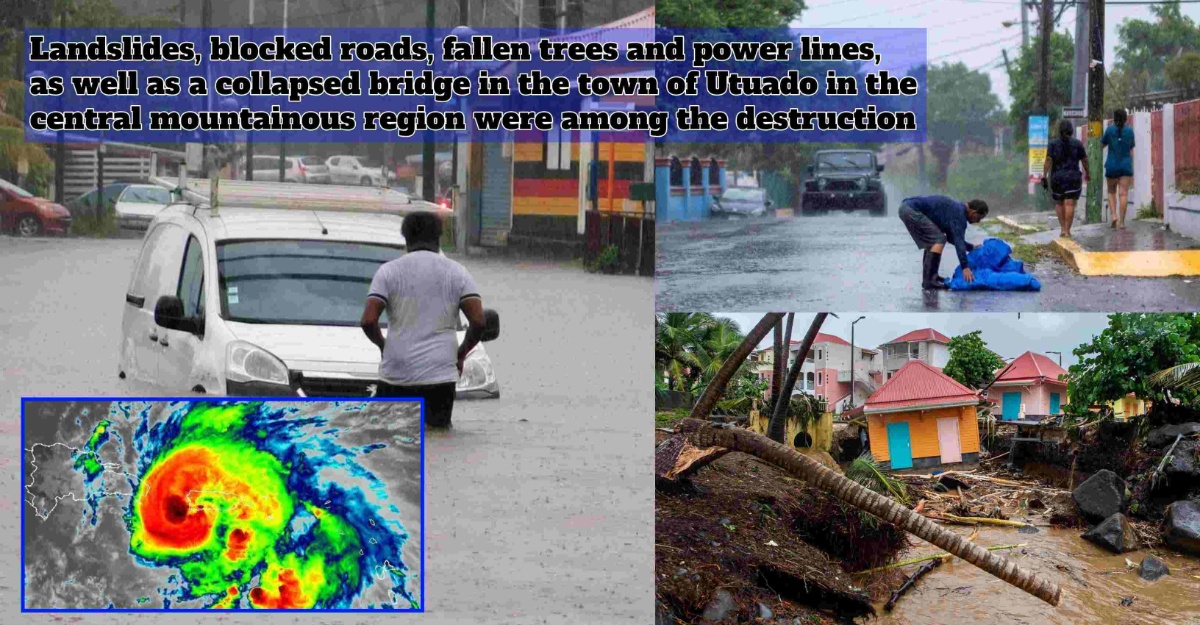 Power Out In Puerto Rico, ‘Catastrophic’ Damage In Several Areas From Fiona