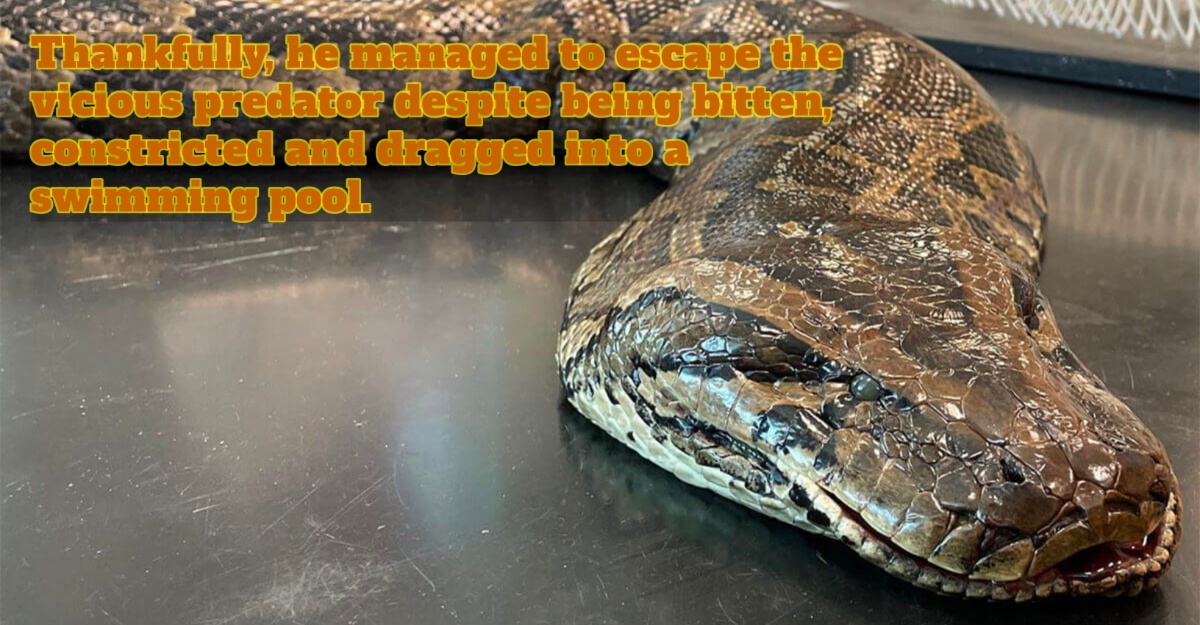 Miraculously, a five-year-old boy from Australia survived a deadly python bite about three times his size. Thankfully, he managed to escape the vicious predator despite being bitten, constricted and dragged into a swimming pool.

The little boy, Beau Blake, was enjoying a swim at home. None of them expected the three-meter-long (10 feet) reptile to make a surprise visit. Beau’s grandfather came to the rescue as he pulled him from the pool. And Beau’s father, Ben, pried him away from the animal.

Beau escaped the deathly grip of the python in good spirits and with minor injuries.

Ben said, “Once we cleaned up the blood and told him that he wasn’t going to die because it wasn’t a poisonous snake… he was pretty good, actually.”

Even though Beau escaped the near-and-death moment, it was still quite a challenge to deal with.

How did it happen?

Ben shared, “Beau was just walking around the edge of the pool. I believe the python was sort of sitting there waiting for a victim to come along… and Beau was it.”

Additionally, Ben said he saw a black shadow come out of the bush. It was before the python hit the pool’s base and wrapped itself around Beau’s leg.

The brave 76-year-old grandfather Allan didn’t hesitate to jump in the pool to rescue Beau. After that, he passed the entangled pair to Ben, and the snake released his son within 15 to 20 seconds.

Ben is truly a brave hero as he holds onto the snake for about 10 minutes. He tried to calm his panicked children and father before releasing the python back to its place.

Ben joked, “[The snake] went back to the scene of the crime, the naughty thing.”

According to Ben, it’s common to encounter these venomous predators in the area since it’s about eight hours north of Sydney, stating, “look… it’s Australia.”

In this article:python snake, Survivor 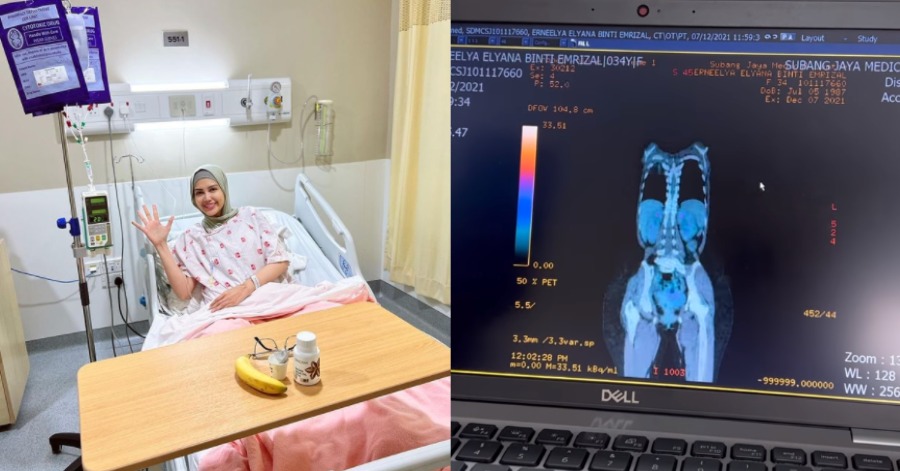 As we all know, one particular famous Malaysian celebrity that is known as Elyana has been battling cancer. More specifically, it was a stage... 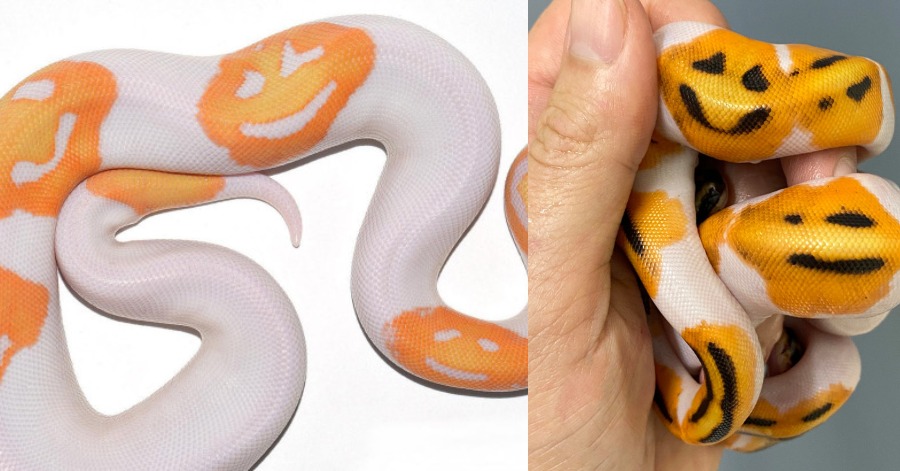 Unique Snake That Born With Smiley Face Emojis On Its Skin Got Sold For RM24,700

Located in the United States, a particular snake breeder has accidentally bred a very unique-looking python snake that catches the attention of many people.... 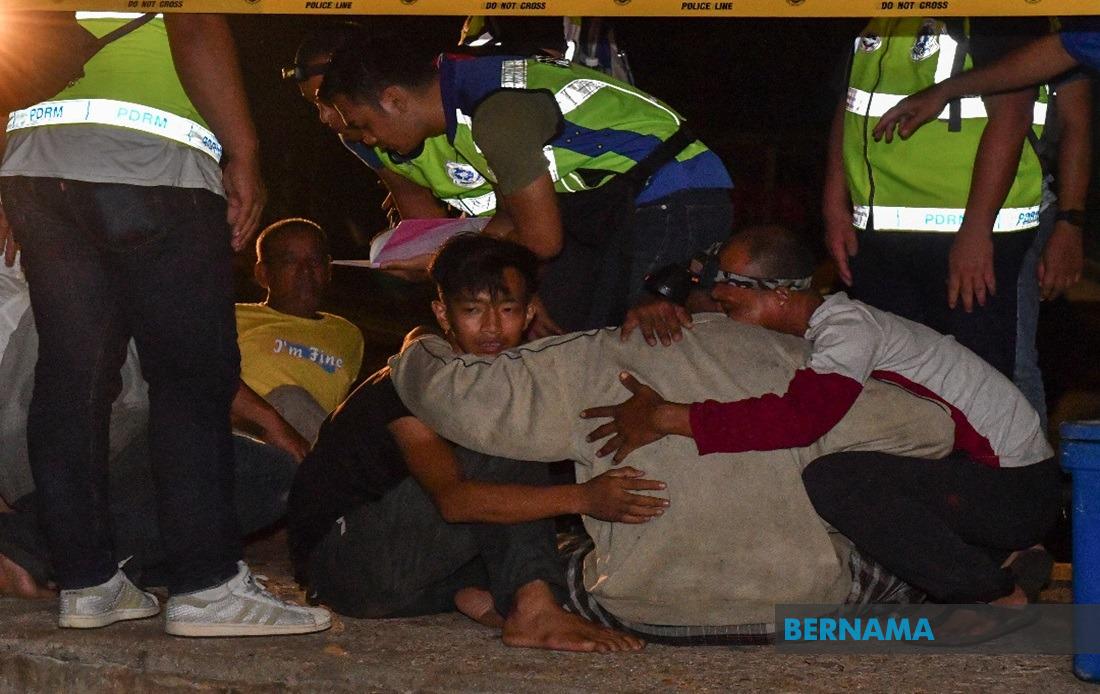 Bachok Boat Tragedy: Survivor Clung To Float Before Being Rescued

PASIR MAS, June 30 — “For an hour, we were clinging on to the capsized boat and waving for help before being rescued by a...