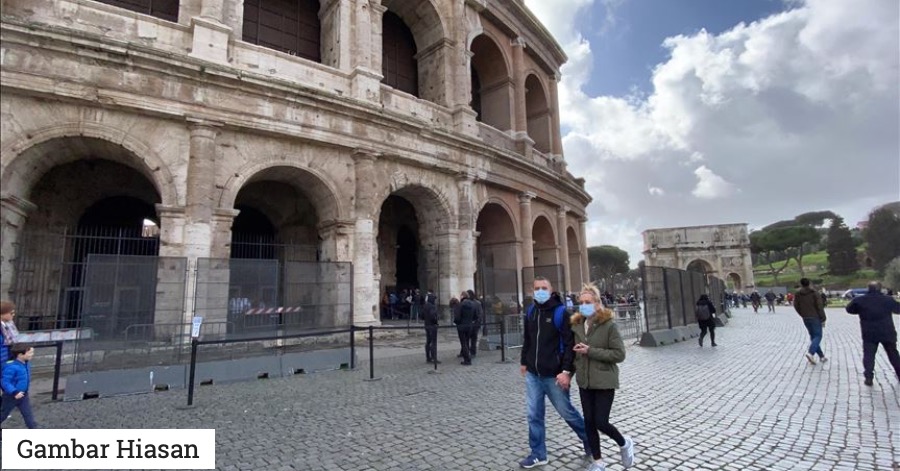 BRUSSELS/ROME, March 9 (Bernama) — Italy started on Sunday morning to lock down the northern Lombardy region and 14 nearby provinces, in what World Health Organisation (WHO) chief described as “bold, courageous steps” and “genuine sacrifices” to fight the coronavirus, reported Xinhua news agency.. COVID-19, the disease caused by the new coronavirus, continued to spread across Europe, with the cumulative confirmed cases topping 10,000 in 39 European countries. The latest victim was Bulgaria. Local authorities said on Sunday morning that the Balkan nation has confirmed the first four cases of COVID-19.

In Italy, Europe’s hardest-hit country, Prime Minister Giuseppe Conte signed a government decree early Sunday morning, which imposes lockdown on the wealthy northern region, including the financial capital Milan and tourist hotspot Venice. According to the decree which goes into effect until April 3, unprecedented restrictions will be taken as preventive measures, impacting some 16 million people in the north, which accounts for over one-sixth of the country’s population. Residents of the lockdown areas are “obligated to avoid any kinds of movement, whether in or out of the region,” Conte told a press conference. The decree also shuts down museums, theaters, cinemas, night clubs, places of worship, ski resorts, gyms, swimming pools, schools, universities and other public places in the region. “We are facing a national emergency,” Conte said, adding “We have two objectives: to contain the spread of the infection … and to avoid overburdening our hospitals.” WHO Director-General Tedros Adhanom Ghebreyesus praised Italy’s action, in separate tweets written in English and Italian respectively. “The government & the people of Italy are taking bold, courageous steps aimed at slowing the spread of the #coronavirus & protecting their country & globe. They are making genuine sacrifices. WHO stands in solidarity with Italy & is here to continue supporting you,” Tedros tweeted.

In Italy, 133 more people succumbed to the novel coronavirus in the past 24 hours, bringing the death toll to 366. A total of 622 people have recovered, an increase of 33 from Saturday. Most of Sunday’s fatalities occurred in Lombardy (113), followed by the regions of Emilia-Romagna (eight), Veneto (five), Lazio (two), Liguria (two), Friuli Venezia Giulia (one), Marche (one), and Puglia (one), said Civil Protection Department Chief Angelo Borrelli on Sunday evening. Borrelli also broke down the Sunday death tally by age ranges — one fatality occurred in the 0-49 age group, one in the 50-59 age group, 14 in the 60-69 age group, 39 in the 70-79 age group, 60 among people aged 80-89, and 18 deaths occurred among those aged over 90. In total, Italy reported 7,375 accumulated COVID-19 cases, including deaths and recoveries, since the epidemic first broke out on Feb. 21. Italian media reported that the Chief of Staff of the Italian Army Salvatore Farina has become the latest official that tested positive for the coronavirus. Earlier in the day, Piedmont Governor Alberto Cirio announced that he has been infected, while Lazio Governor Nicola Zingaretti, leader of the center-left Democratic Party currently ruling Italy in a coalition government, reported himself positive on Saturday. Also on Sunday, Italian President Sergio Mattarella said in a speech to the nation that “for reasons we all know, this year we will not be able to celebrate International Women’s Day at the Quirinal (presidential palace in Rome).” “First of all I wish to express gratitude to the many women who are hard at work in hospitals, laboratories, and red zones (quarantine areas) to fight the spread of the virus,” Mattarella said. “They work in difficult conditions, with skill and a spirit of sacrifice, with dedication,” Mattarella said.

In France, the first European country to detect the COVID-19, 177 new infections were reported in the last 24 hours, bringing the country’s total confirmed cases to 1,126. Nineteen people had died of COVID-19 as of 15:00 local time Sunday. In Germany, the number of confirmed cases had reached 902 as of 3 p.m. local time on Sunday, a rise of 107 cases in 24 hours, according to latest figures published by the Robert Koch Institute, the country’s disease control agency. German Federal Minister of Health Jens Spahn recommended that events with more than 1,000 participants be canceled for the time being, the German press agency (dpa) reported. In Romania, authorities decided to ban all activities involving more than 1,000 people, either indoors or outdoors, in an effort to prevent the spread of coronavirus. The measure goes into effect until March 31 and may be extended, said Raed Arafat, head of the Romanian Department of Emergency Situations. Romania added six new infections this weekend, bringing the country’s caseload to 15. In Portugal, President Marcelo Rebelo de Sousa will be quarantined at his private residence for two weeks, after a student he received last Tuesday was confirmed on Saturday night to have infected with COVID-19 and his school was closed, according to a presidential statement. “Having listened to the health authorities, the President of the Republic, despite not having any viral symptoms, decided to cancel all his public activities… during the next two weeks,” said the statement. In Spain, authorities said there were 589 confirmed coronavirus cases in the country, an increase of 159 cases since Saturday. So far, 10 people had died of COVID-19. Also on Sunday, Belgium’s confirmed cases increased to 200, up 31 from the previous day. In the Netherlands, the number of confirmed COVID-19 cases rose by 77 to 265, and two more patients have died. In Luxembourg, a fifth person tested positive of the virus after returning from France. In Austria, the number of infected COVID-19 cases climbed to 102, with no deaths, according to local health authorities. In Greece, another seven people tested positive for the virus, bringing the total cases to 73. In other parts of Europe, the confirmed cases had risen to 35 in Denmark, 23 in Finland, 21 in Ireland, 11 in Poland and two in Latvia.

In this article:Awareness, COVID-19, Infection, Italy Awareness For All, 15 September Is ‘World Lymphoma Awareness Day’

Did you know? 15 September is World Lymphoma Awareness Day celebrates every year. For your information, lymphoma cancer is a blood cancer that occurs...