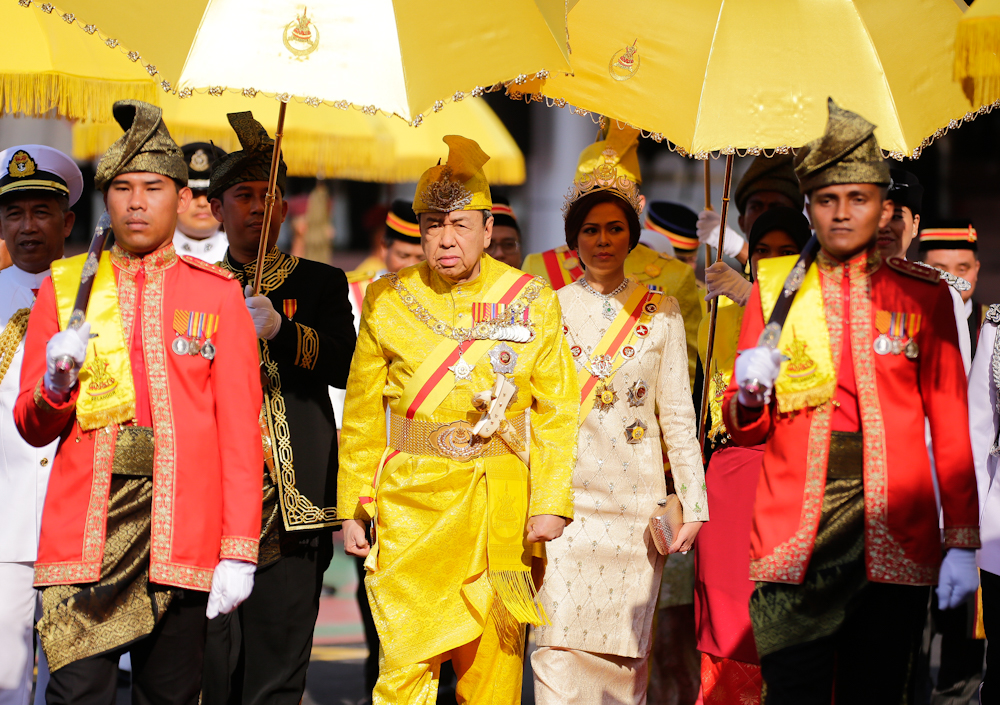 Sultan of Selangor Sultan Sharafuddin Idris Shah has called on people to stop labelling the new Federal government as “a backdoor government” or formed via power grab.

The sultan said such claims were inaccurate as the Yang di-Pertuan Agong Al-Sultan Abdullah Ri’ayatuddin Al-Mustafa Billah Shah had been given the power to exercise his discretion as provided by law.

“We recently saw the change of the Federal government where Perikatan Nasional (PN) has replaced the Pakatan Harapan (PH) government.

“I had followed the development of the change of administration, which was carried out by the Yang di-Pertuan Agong with great care, and after careful and open discourse was held. It was also in line with the provisions of the Federal Constitution,” said the Sultan when opening the third session of the 14th Selangor State Legislative Assembly here.

Sultan Sharafuddin asserted in upholding a parliamentary democratic and constitutional monarchy concept, royal institutions should not be seen being directly involved with political issues and should remain as an institution above politics.

The Sultan said people were actually wearied and worried watching the political squabble in the country that has been going on since the 14th General Election until today.

“We are all aware that people are currently living in difficult conditions with the rising cost of living due to the slowing down in the world’s economy, the weakening of ringgit and declining in job opportunities which leads to the increase in the unemployment rate as well as the current spread of COVID-19.

“(However) Politicians are constantly seen arguing over endless political issues, making them neglect their real duty of carrying out the trust given by people, that is to administer the state affairs and bring benefits to the people,” the Sultan said.

Therefore, Sultan Sharafuddin reminded the Selangor state representatives to always protect the stability of the state’s politics and administration as well as focus on resolving issues to lift people out from life’s hardships.

He said this would only be achieved through the implementation of policies that would promote sustainable economic growth and benefit the people, rather than be busy fighting for power and position.

Sultan Sharafuddin also reminded that the differences of political ideology in the state and federal governments would not cause the people in Selangor to be sidelined in the economic and social development.

He also hoped closer cooperations could be established between the Selangor PH-led government and Federal PN-led administration in the interest of the continued economic development and wellbeing of the people in Selangor.

“As a Sultan (Ruler) of my state (Selangor), I am responsible for advising of all Yang Berhormats not to do things that could harm my people.

“I don’t want any of the Yang Berhormats to harbour intentions to disrupt the administration of Selangor. I want Yang Berhormat to strive to ensure the political stability in the state is maintained for the wellbeing of the people in Selangor,” said the Ruler.