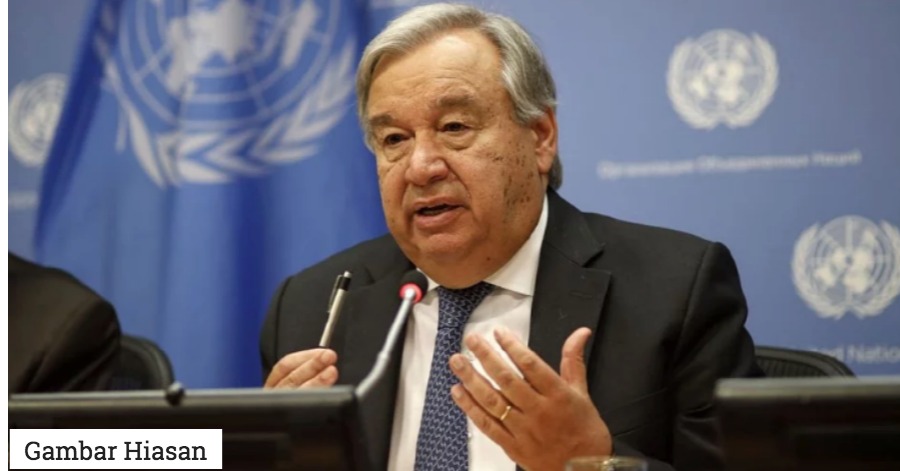 MADRID: More than three billion people around the world are living in confinement yesterday, with the average country struggling to boost the COVID-19 pandemic that has claimed more than 20,000 lives.

According to a report by the AFP, over 20,800 deaths have been reported in 182 countries and territories, to date.

As the number of infections is confirmed to surpass 450,000 cases, the United Nations Secretary-General, Antonio Guterres, warns that only global integrated efforts can stop the spread of the virus.

Guterres insists the world needs to work together to eradicate the increasingly troubling pandemic.

“COVID-19 is threatening the whole human race – and all humanity must fight back.

“Global action and solidarity are very important. The country’s response will not be enough, ”he said when launching an ASD2 billion appeal to help the poor of the world.

Spain records the death toll from the death toll in China where COVID-19 erupted about three months ago, making it the most affected country after Italy.

The death toll in Spain has reached more than 3,400 after another 738 people died from the virus in the last 24 hours.

In the same period, Italy recorded 683 new deaths, bringing the total to 7,503 casualties compared to other countries, so far.

In Washington, President Donald Trump said New York, which is the epicenter of the United States with more than 30,000 cases of infection, is expected to face ‘a difficult few weeks’.

However, he will make a decision soon to determine if the affected areas in the country can return to normalcy.

“We want to move our country forward. I will not take any action in a hurry or rush.

“By Easter, we will have a proposal, and probably before Easter,” he said, often emphasizing the strength of the US economy in the face of a presidential election next November.

India’s directive of 1.3 billion people under curfew is the largest, making the total number of people facing barriers in their daily lives to over three billion worldwide.

In this article:COVID-19, death toll, Madrid