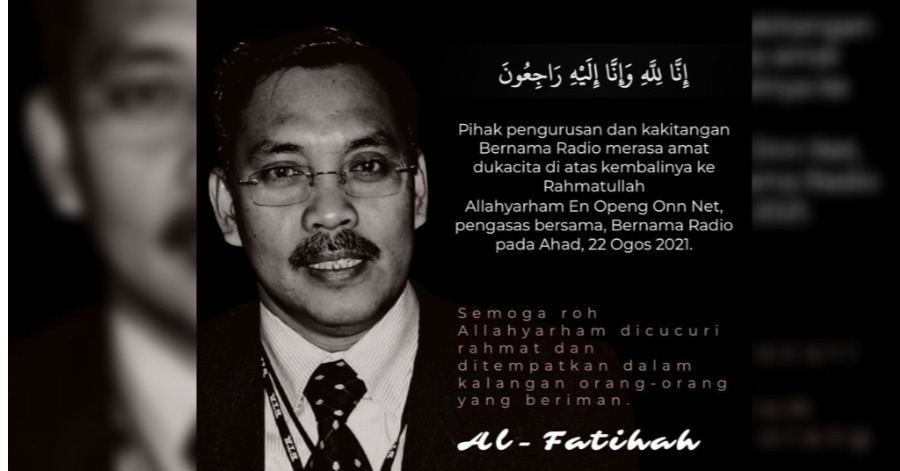 According to his wife, Sabariah Zaini, 54, Openg breathed his last at about 9.44pm, after suffering from cancer for several months.

“He managed to see all our children and asked me to take good care of our children,” she said when met by Bernama at the residence of Openg’s sister in Kampung Gita.

The couple had seven children, aged between 14 and 30.

He will be laid to rest at the Semariang Muslim Cemetery in Petra Jaya here after the funeral prayers.