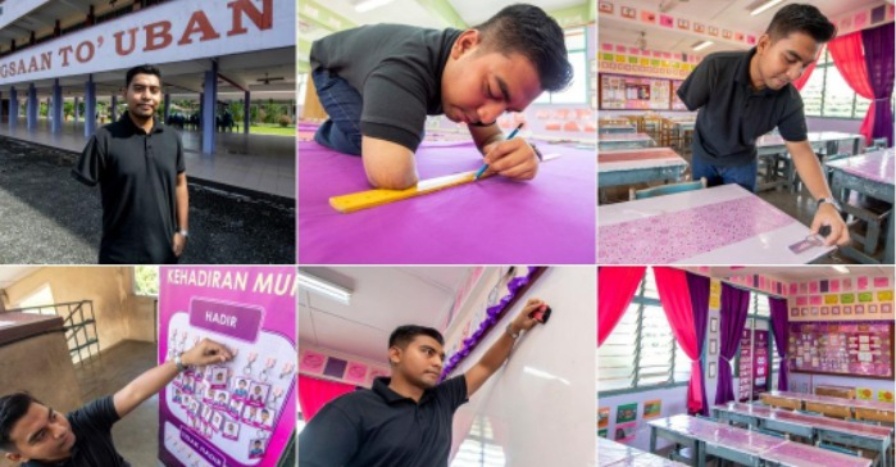 PASIR MAS, May 16 (Bernama) — Teachers are known to go the extra mile for their students as a form of encouragement, from stamping little stars in their notebooks or providing small gifts for a job well done (out of their own pocket) to giving free extra classes in preparation for upcoming examinations.

Many of them strive to provide a positive impact on their students’ learning environment and one way to do it is to make sure the classroom is decorated in a way that pleases the eye, comfortable to be in and provides a conducive learning environment.

Abdullah Abd Kadir, 28, a teacher at Sekolah Kebangsaan (SK) To ’Uban, here is one such teacher.

Stepping into his classroom, one will not expect that the teacher who is responsible for beautifying the room is a physically disabled male teacher.

“I did all the work myself such as decorating the notice board, task schedule, organisation chart, timetable, sewing curtains, setting the tablecloths including painting the classroom,” Abdullah told Bernama recently, adding that he did not mind doing all the work alone as he wanted his students to learn in a comfortable classroom.

“Even though I only have one hand, I was very determined to do it because I know that with every difficulty and hardship there is always a wisdom (to be learnt) and that it will always be rewarded,” said the Pasir Mas lad.

Abdullah who has been teaching at the school since August 2018 said he had spent about RM1,000 to decorate the classroom, adding that he felt deeply touched when his students gave positive feedback for his efforts.

“I decorated the classroom during the school holidays earlier this year, when the students started their school session in March, they were surprised, some said the classroom ‘feels like home’,” he said, adding that after the class transformation, he found that the students have become more enthusiastic and love coming to school every day.

Abdullah who graduated in Islamic Education from the Institute of Teacher Education (IPG) in Bangi also shares all the teaching aids that he created for free on his Facebook page to be used by other teachers.

He said he would normally share his teaching aid ideas with his peers in the same school but would also receive requests from teachers teaching in other schools.

When asked about his disability, Abdullah said he lost his right arm after his car fell into a ravine in Bentong, Pahang in March 2018, six months after he was posted to SK Bangsar, Kuala Lumpur.

Abdullah said during the early days after the accident, he did feel like giving up as he felt the disability prevented him from doing his job as a teacher.

However, motivated by his mother and family members, he found the determination to continue teaching, he said, adding that being transferred from SK Bangsar to SK To’ Uban so that he could be closer to his family, has also helped him to carry on. Man’s Skin Mysteriously Changed And The Cause Is Still Unknown

Man’s skin mysteriously changed and the cause is still unknown. He has been called a medical enigma when his skin begins turning brown after... Life-Changing Movies That Worth To Watch? Here Are 5 of Them

Life-changing movies are something that would be worth the watch when you are spending your leisure time. There are indeed so many options for... 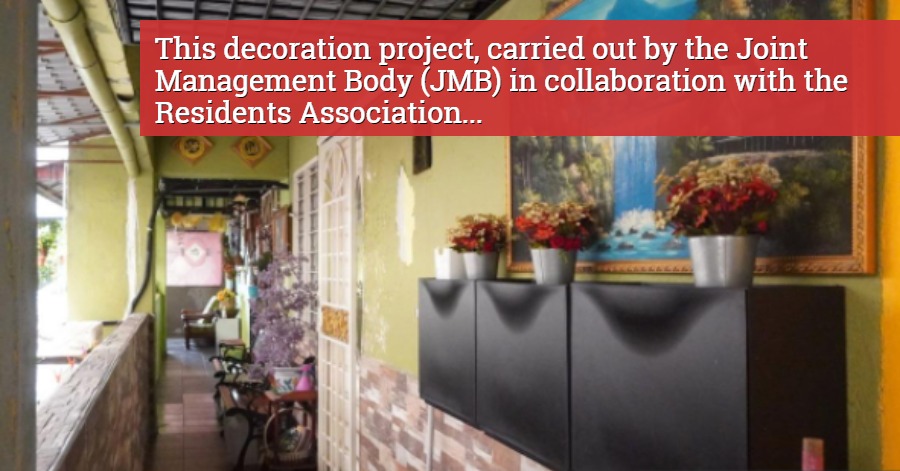 KUALA LUMPUR, Feb 10  –From the outside, the 12-storey building with 216 housing units and its exterior fading paint colour is like other low-cost housing, but...