KUALA LUMPUR (Bernama) —  A week after celebrating Hari Raya Aidilfitri in her village in Pekan, Pahang, Nur (not her real name) realised that her youngest child Nur Natrah Thihani Azurun, 2, started having high fever as well  as blisters in the mouth, on the hands and feet.

Stressed and worried about her children’s condition,  Nur took them for a check-up at a nearby private clinic and was informed by the doctor that they had been infected with the Hand, Foot and Mouth Disease (HFMD).

“I was informed by the doctor that these are some symptoms of HFMD affecting children in the country. I believe my children contracted the virus during our Hari Raya break in the village, which had several HFMD cases then,” Nur related her experience with Bernama recently.

According to MyHealth, an official portal of the Ministry of Health (MOH), HFMD infects children under 10 years old in which characteristic fluid-filled blisters appear on the hands, feet, and inside the mouth. The throat and tonsils develop small ulcers while the hands, feet, and diaper area develop a rash with characteristic vesicles (very small blisters). This is usually a mild illness and the rash usually subsides within five to seven days.

The disease, which is a common infection caused by a group of enteroviruses, is spread by direct contact with the nasal discharge, saliva, faeces and fluid from the rash of an infected person. Both adults and children can be affected, but young children below five years are particularly susceptible.

HFMD often occurs in clusters of children who are in centres together. It is spread through poor hand-washing after a diaper change or contact with saliva (drool) which allows the virus to be passed from one child to another.

According to the MOH, a total of 47,209 HFMD cases have been reported nationwide from the beginning of this year up to May 21.

Health Director-General Tan Sri Dr Noor Hisham Abdullah,  in a statement recently (May 24) pointed out that this was a 20 time increase in cases compared to the same timeframe of the first 20 epidemiological (epi)  week, last year.

Based on medical surveillance in Malaysia, the three main viruses that caused the transmission of HFMD this year, were the Coxsackie A16 (CA16), Coxsackie A6 (CA6) and Enterovirus 71 (EV71).

“In 2022, to date, there have been two positive HFMD cases with EV71 who were admitted into intensive care units (ICUs) due to complications involving inflammation of the brain (encephalitis). “Both cases were children aged below six years old,” he added.

Shedding some light on the recent HFMD outbreak, a Public Health Medical Specialist at Universiti Malaya (UM), Associate Professor Dr Rafdzah Ahmad Zaki said she would not rule out the possibility of a further spike in HFMD cases once kindergartens, nurseries and daycare centres are fully operational early this year.

She said the situation would definitely be different compared to two years ago when these premises could not operate due to the stringent measures enforced under the Movement Control Order (MCO).

“The disease spreads quickly among children. Previously, there were a few HFMD cases during the COVID-19 pandemic as these centres were either closed or not allowed to operate during the period.

“Besides that, cases of infections during the COVID-19 pandemic were very low with no interaction among children. Once these premises reopen, the risks of infections will be high as children are more susceptible to the HFMD virus,”   she told Bernama.

Dr Rafdzah said crowded and densely populated localities are breeding ground for the disease, citing Selangor as an example, which contributed the highest number of HFMD cases as reported by MOH.

She also agreed with Dr Noor Hisham that the rise in HFMD cases was expected due to the mobility of Malaysians during the Hari Raya celebrations, noting that  any activity involving close interaction between individuals such as visits during Aidilfitri and open houses can increase the risk of infections as HFMD is spread easily through coughing or sneezing.

‘’Parents should ensure their HFMD-infected children are not involved in any social activities including attending open houses; they should be isolated and excluded to contain the spread of the virus,” she added.

Meanwhile, Sunway Medical Centre Velocity paediatrician Dr Melanie Majaham, said children should not have close contact with other individuals during open houses as the HFMD can be transmitted through touching, kissing and holding.

“Avoid kissing or holding children. This is one way to prevent the spread of any type of virus or bacteria which can be transmitted through the saliva,” she said, adding that personal hygiene practices such as washing hands using soap and hand sanitiser are key to containing the spread of HFMD.

According to Dr Melanie, parents’ awareness on the importance of observing the COVID-19 Standard Operating Procedure (SOP) can indirectly prevent the spread of HFMD.

“This is because frequent use of soap and sanitiser can kill not only HFMD and COVID-19 but also other viruses that infect children,” she said.

Operators of kindergartens, nurseries and daycare centres should also take proactive steps by maintaining cleanliness at their premises to help stem the spread of the virus.

The process of sanitisation or disinfection should be  carried out frequently before and after using an equipment including writing surfaces and gaming equipment.

“At the same time, body temperature scanning for HFMD symptoms such as rashes or blisters on the skin, fever and mouth ulcer should be carried out at the entrance of a premise.

“For children who are found to be sick, it is advisable that they stay isolated at home. Two-way communication between parents and teachers is vital to allow the school authorities to take immediate measures to prevent the spread of the virus,” she said, adding that parents should ensure that their children drink enough liquids.

Parents are advised to immediately take their children with HFMD symptoms – lethargic, continuous fever and no appetite to eat and drink – to the hospital for intravenous or iv drip treatment.

“There is no specific medical treatment for HFMD. Usually, children will be given symptomatic treatment through fever medications as well as pain relief spray for mouth ulcers. Iv drip treatment is also given as the children are not able to drink or eat due to the ulcer.

“Usually, children with HFMD symptoms will recover fully within seven to 10 days. The incubation period is isually within the first week of (HFMD) infection.  Some individuals can continue to infect others for weeks after recovery,” she added. 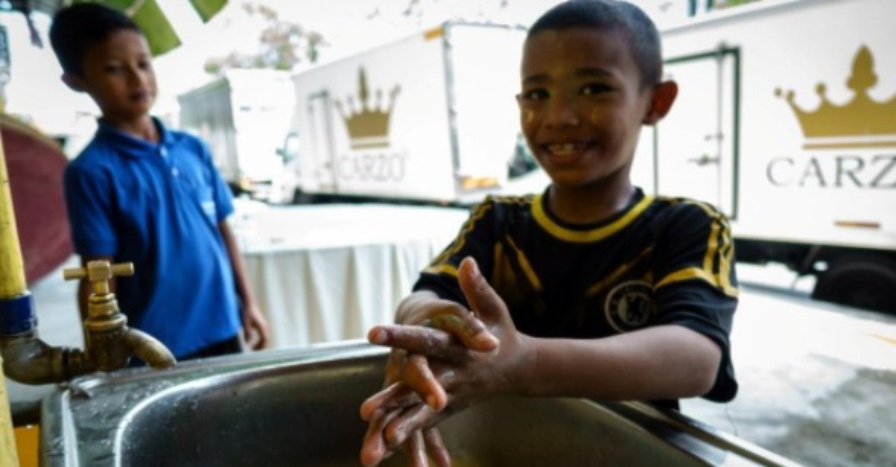 MELAKA, May 18 (Bernama) — A total of 12 childcare premises were closed after Melaka state recorded 1,378 cases of hand, foot and mouth disease (HFMD)... Muslims Advised To Adhere To SOP Despite Relaxations In Mosque, Surau

PUTRAJAYA, April 1 (Bernama) — Muslims in the country have been reminded always to adhere to the standard operating procedures (SOPs) for COVID-19 prevention when... JOHOR BAHRU, March 11 — The Election Commission (EC) today reminded all Johor voters who will cast their ballots in the state election tomorrow to... 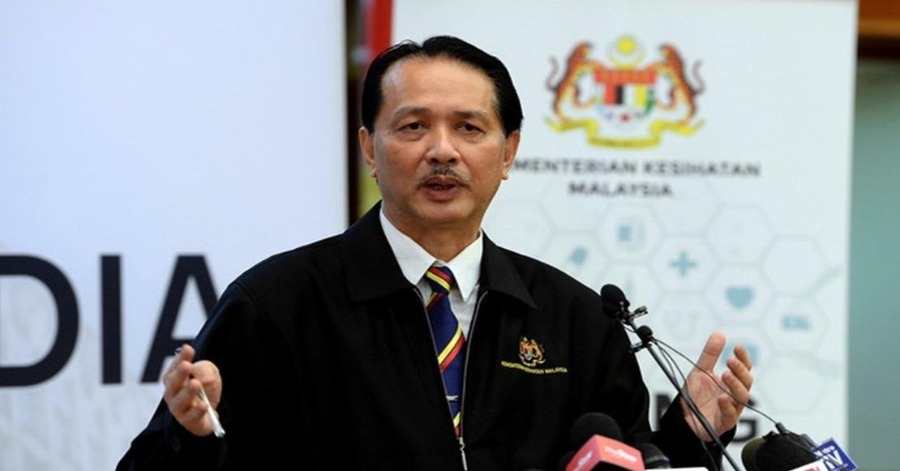 Today, COVID-19 positive cases in Malaysia were reported to have jumped to 17,134 cases, as informed by the Director-General of Health, Tan Sri Dr...