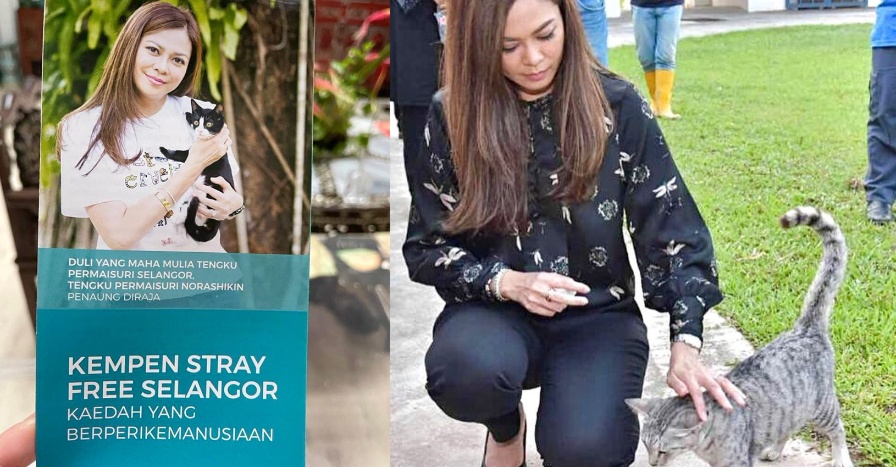 As such, she urged that the relevant authorities conduct an investigation so that the perpetrators can be identified and brought to justice.

Tengku Permaisuri Norashikin advised the public with information or had witnessed such incidents to immediately report to the authorities.

In a post via the Selangor Royal Office official Facebook, she also reminded that treating animals inhumanely is punishable under the Animal Welfare Act 2015 which provides specific sections for the offences, namely Section 29 pertaining to animal cruelty, Section 30 (killing of animals) and Section 31 (administration of poison).

Subsequently Her Highness urged the public to be more caring, have compassion as well as continue to show empathy and treat pets and strays with love and kindness.

She hoped that the welfare of these animals would always be given attention, especially their need for suitable space and environment, protection from the threat of diseases as well as the need to display normal behavior patterns.

“The community and animal rescue volunteers are also urged to neuter stray cats and dogs so that these animals do not continue to breed in unsuitable environments,” she added..