Long queues at stalls selling a popular chicken dish, increasing prices and warnings about supply disruptions — Singaporeans are in a flap due to curbs on poultry exports from neighbouring Malaysia.

Malaysia’s move to halt exports of 3.6 million chickens a month, which kicks in Wednesday, is the latest protectionist move in Asia aimed at tackling domestic shortages and taming surging inflation.

But the surprise step has caused consternation in Singapore, a tiny city-state that relies on its larger neighbour for a good chunk of food imports, including around a third of its chicken.

Of particular concern is the impact on chicken rice, a hugely popular dish of poached chicken, rice and chili dip, often sold at the city-state’s ubiquitous open-air food courts.

“If (suppliers) raise prices by a lot we would have to raise ours a bit, or it’ll be difficult for us to survive.”

A day before the export curbs kicked in, a long queue formed at the stall as diners sought to get a taste of the dish before a feared surge in prices.

Office worker Meilan Lim was among those who bought the dish ahead of the restrictions.

“Even though I’m not really a chicken rice person, it’s just that sometimes you do have the craving,” she told AFP.

Some stall holders have already hiked their prices, and officials are warning about disruptions to chicken supplies.

The city-state’s food agency has advised consumers to buy only what they need, consider buying frozen instead of refrigerated chicken, or shift to different meats.

Most chickens from Malaysia are imported to Singapore alive, and then slaughtered and chilled there. Frozen chicken is often imported from other countries, including Brazil.

Like many other countries, Malaysia is battling rising inflation, particularly when it comes to food, which prompted it to impose the curbs.

But Singapore — which has had a fractious relationship with Kuala Lumpur for decades — is also facing rising prices, with inflation at a decade-high.

Other countries that have taken protectionist measures include India, which banned wheat exports and Indonesia, which temporarily halted palm oil shipments. 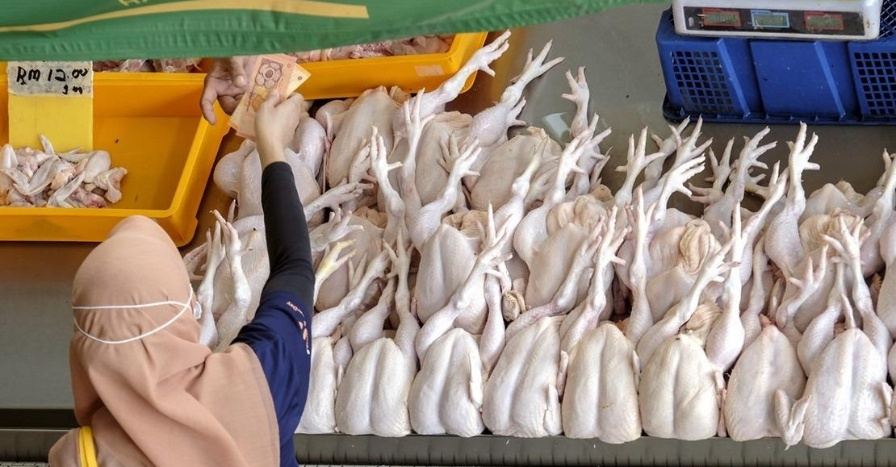 Nor Fakhry24 May 2022
Advertisement