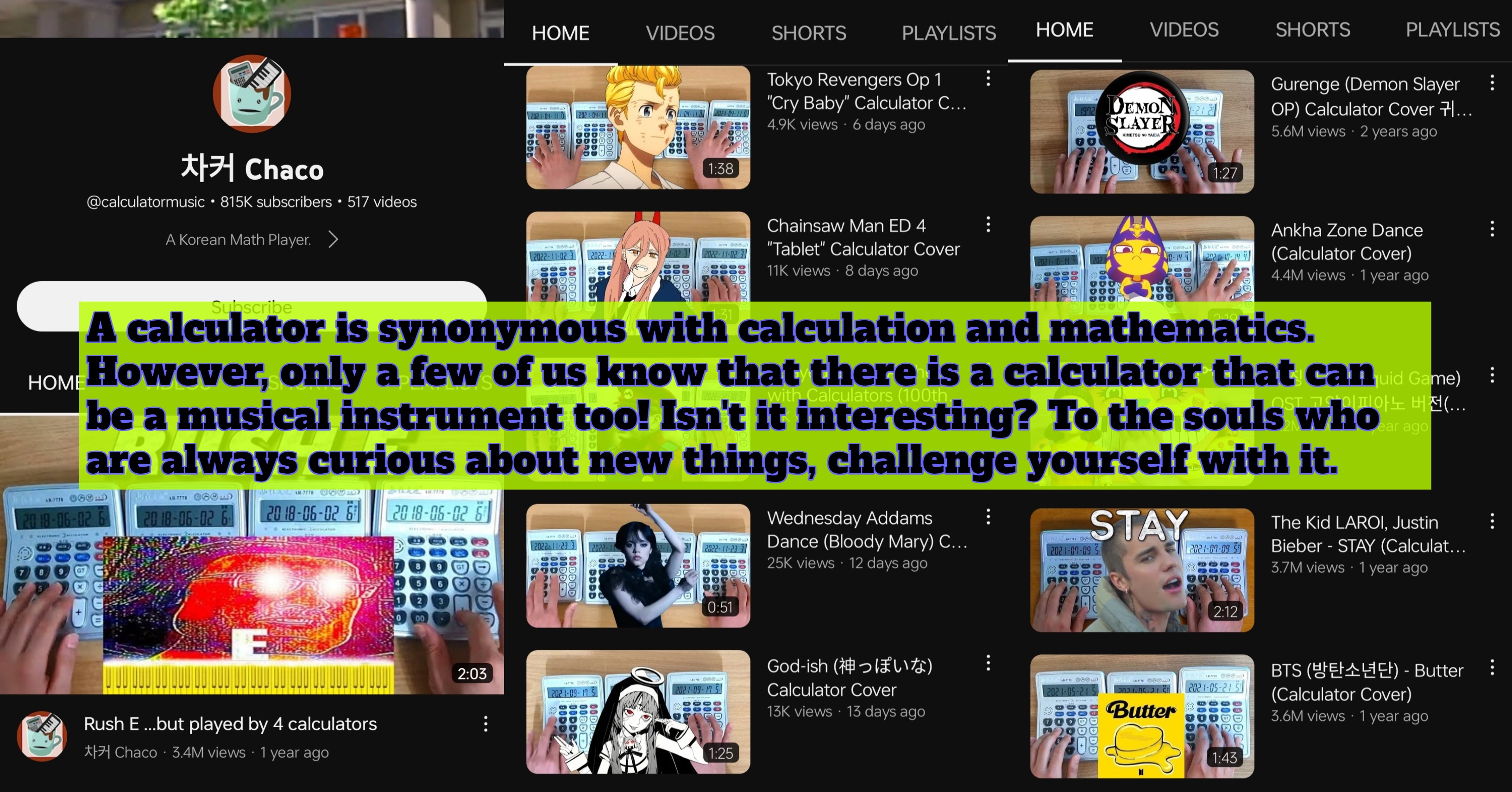 Keyboard, guitar, drums? What a bunch of ordinary instruments. But have you ever heard someone make a musical calculator as an instrument? Yes! It’s possible. A talented YouTuber from South Korea uploaded his talent on YouTube and started getting wide coverage. His name is Chaco, and his talent is rare because not everyone can do it like him.

A calculator is synonymous with calculation and mathematics. However, only a few of us know that there is a calculator that can be a musical instrument too! Isn’t it interesting? To the souls who are always curious about new things, challenge yourself with it.

Calculator as a musical instrument

Egoelife AR-7778 and AR-8001 are calculators specially created as musical instruments. It also comes with a method of use. However, the music produced will only continue to be melodious if it falls into the hands of talented people who often practice using it. Practical makes perfect! Otherwise, it will only become a mere plain toy. This makes Chaco one of the most successful and famous musical calculator players, even though there were many talented ones before him.

The beginning of career

Chaco started uploading his content on YouTube in 2018. However, during the COVID-19 pandemic in 2020, most people were not allowed to leave their homes. That’s where Chaco’s talent began to be discovered! It must have been a blessing in disguise for Chaco as a YouTuber. Chaco found Egoelife and started experimenting with it until he was able to get a total of 815,000 subscribers on YouTube.

Compilation of his instrumental from musical calculator

Many other artists are talented in playing the musical calculator, but Chaco stands out with his own effort and style. He often makes instrumental covers of anime soundtracks, K-pop songs, trending memes/songs, and pop songs too!

Even one one of Beethoven’s masterpiece:

Chaco can play up to five calculators simultaneously to produce an instrumental. Most of his fans come from abroad. However, day by day, his fans from his home country are increasing. There’s not a single song that Chaco can’t play. Stunning right?