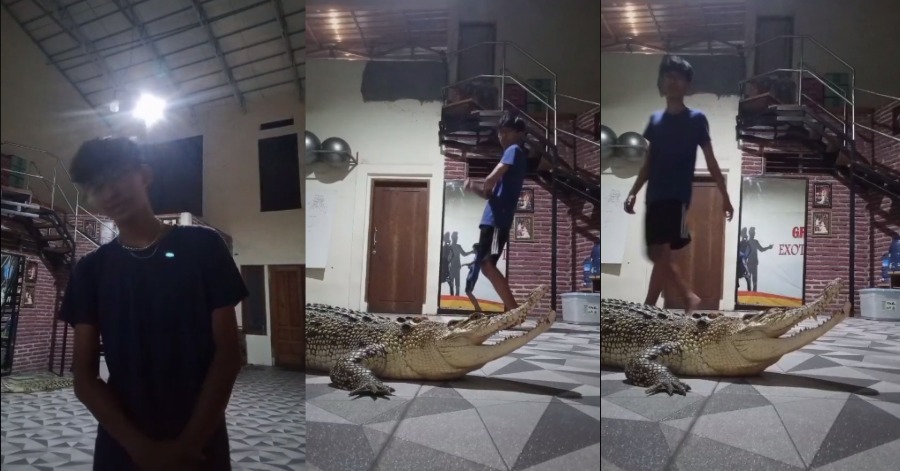 Most animal lovers in this world would definitely decide to keep their favorite animals as their own pets at home. This is because the animal that we take as our pet can be such a great companion or friend at home with the presence of our favorite animal. Some of the regular animals that people have are cats, rabbits, fish, and other tame animals.

However, there are also a handful of people in the world who have an interest in keeping wild animals as their pets such as snakes, tigers, crocodiles, and many more. Just like this recent video that went viral on TikTok that features a particular man dancing gleefully with his own pet which is a crocodile has stolen the attention of many netizens.

The pet crocodile made an appearance in front of the camera once he started dancing. According to the posted video, it can be seen that a man is recording himself dancing by himself to be uploaded on the TikTok application. What is more interesting is in the middle of the video, the man is seen to be dancing dangdut in front of the camera.

Even funnier, his own pet crocodile suddenly appeared in front of the camera as if the crocodile wanted to dance along with the man. It is understood that the crocodile is the most beloved pet in the house of the particular man.