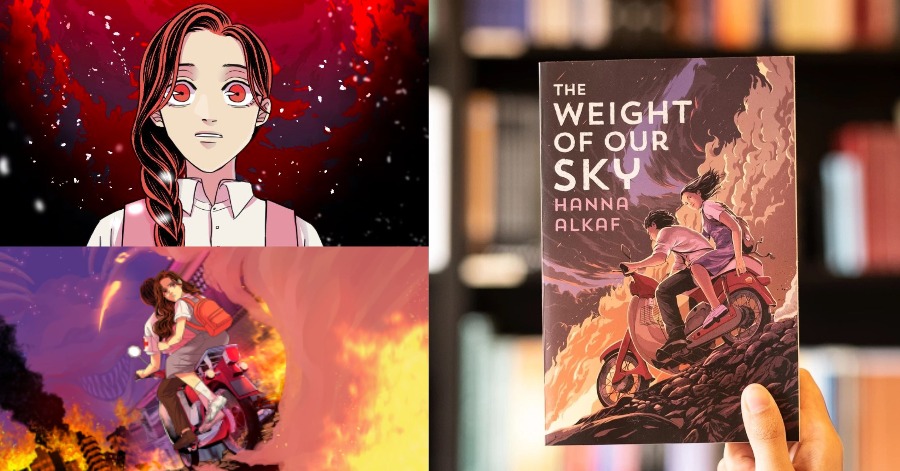 ‘The Weight of Our Sky’ is actually a fictional story, but all the story is based on actual historical events that took place here in our proud country that is in Malaysia. The particular theme for the book is set during Malaysia’s May 1969 riots. This historical novel explores much more than Malaysian history, tackling broadly relevant topics such as trauma, racism, mental health, and also nation-building, which are applicable beyond a strictly Malaysian context.

The book follows a music-loving teen with OCD who does everything that she can to find her own way back to her mother during the historic race riots in the year 1969 in Kuala Lumpur, Malaysia. A trip to the movies after school turns into a nightmare when the city erupts into violent race riots between Chinese and Malay. When gangsters come into the theater and hold hostage, Mel, a Malay, is saved by a Chinese woman but has to leave her best friend behind to die. Melati. The main protagonist is actually a 16-year-old Malay girl who has OCD, which manifests as a Djinn that shows her frightening visions of her mother. And later, Safiyah, Vincent and other loved ones have forced her to count in threes. She is a Beatles-obsessed sixteen-year-old. There are things that Melati can’t protect her mother from.

Her writing evokes a sense of unease and always being on edge through most parts that emphasized the OCD and the djinn that inflict her, along with a few moments of respite or safety. The characters have their own unique personalities and beliefs that provide us with different views and understanding into 13 May through an unbiased lens.

In this article:actual history, based, featured, historical events, Malaysian author