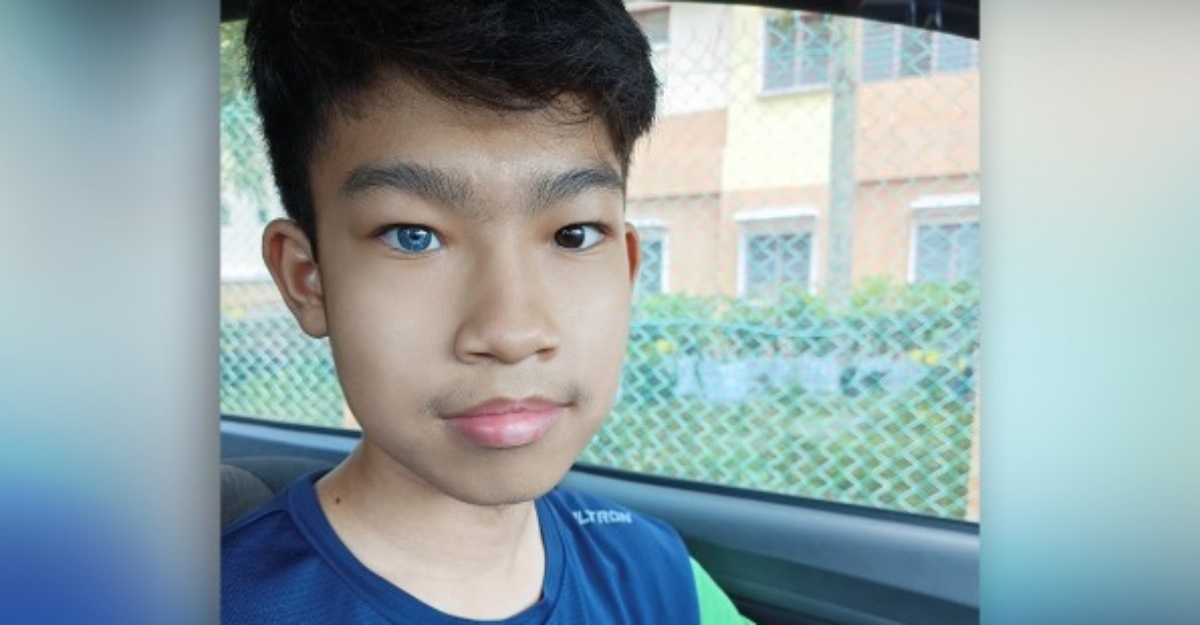 KUALA LUMPUR (Bernama) – Eyes are said to be windows to the soul: apparently, one can tell a lot about a person just by looking into their eyes.

And, having a pair of beautiful eyes is an added bonus. Most Asians have black or dark brown eyes while Caucasians have brown-, blue-, green- or hazel-coloured eyes.

The coloured part of the eye is called the iris. As with skin and hair colour, the colour of the iris is also influenced by its level of melanin content. (Melanin is a type of pigment that determines the colour of one’s skin, hair and eyes as well as protects the skin from the sun’s ultraviolet rays.)

Some people, however, come across as unique as their pair of eyes have irises of different colours – for example, one eye may be blue and the other brown.

This is a rare condition called heterochromia and it is known to affect about one percent of the world’s population. Muhammad Aidi Adam Mohd Aidi Sukri, 15, from Kedah, is among the small group of people who have heterochromia. His right eye sports a sea blue colour while his left eye is dark coloured.

His mother Mazura Zulkeflee, a government employee, told Bernama she noticed her son’s different eye colours a few hours after he was born.

“I became worried. I wondered how a person can have two different eye colours. The doctor advised me to have my son’s eyes re-examined in case he is not able to see properly when he is older,” she said.

When her son was two years old, Mazura found that his blue-coloured eye was often watery. Worried that he may not be able to see, she quickly took him to Hospital Kuala Lumpur for an examination.

Mazura also said that her son’s rare condition did not affect him in any way and that he led a normal life just like other children his age,

“But when he was eight years old, he complained of blurred vision. After an examination by an optometrist, it was found that he was severely short-sighted and needed to wear spectacles,” she said, adding that his short-sightedness was not due to heterochromia.

The mother-of-three said Muhammad Aidi Adam’s different-coloured eyes often attracted the attention of the people around him including his teachers and friends, with some of them requesting to be photographed with him.

“Many people have asked me if he is wearing coloured contact lenses,” she said, adding that there was no evidence of heterochromia in her and her husband’s lineages.

What is heterochromia and what are the likely causes of this condition?

According to Dr Fiona, there are more cases of heterochromia in Europe than elsewhere in the world.

“Malaysia has no statistics yet on the number of people with this medical condition,” she said, adding that in her career as an ophthalmologist, she herself has seen a number of cases of heterochromia in this country.

While reaffirming that heterochromia does not affect a person’s vision, Dr Fiona said it is, however, important to determine what caused the condition to occur.

Heterochromia can be caused by genetic factors or disorders such as Horner’s syndrome, Sturge Weber’s syndrome, Waardenburg syndrome and Hirschprung disease.

“Heterochromia can also be caused by an eye injury, bleeding, eye cancer and some types of medications,” she added.

Waardenburg syndrome is a genetic condition characterised by changes in the eye and hair colours and hearing loss. Horner’s syndrome is caused when there is a disruption in the path of the sympathetic nerves to the eyes. Patients affected by this syndrome usually have much smaller pupils and drooping eyelids.

In the case of Sturge Weber’s syndrome, it is a neurological condition that causes blood vessels to grow too much, forming growths called angiomas. Angiomas can grow in the patient’s brain, eyes and skin.

Hirschprung disease, meanwhile, is a disorder that affects the large intestine and causes problems with passing stool.

“Some patients suffering from Hirschprung disease will also have heterochromia and this is associated with the development of neural crest cells, which are the basic cells that contribute to the formation of a wide range of tissues in the body,” added Dr Fiona.

(Video) Use This ‘Rohto Eye Wash’, Help To Freshen Up Your Eyes

Sometimes, there are actually things that we might get to learn later in life rather than we learned them when we are small. When... (Video) Make Sure To Take Care Of Yourself, These Are 3 Signs That Your Eyes Are Stressed Out

Eyestrain is actually a common condition that occurs when your eyes get really tired from intense use, such as while driving long distances or... 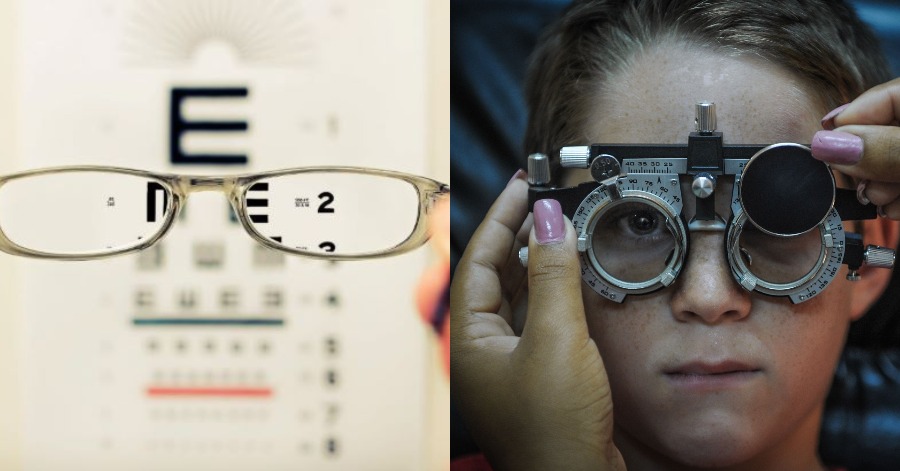 Signs That Shows Your Children Must Wear Spectacles

Myopia or short-sightedness is a defect of the eye that causes the light to focus on the retina, thus resulting in the blurry vision....