AI.5YA, the third Viu Original Malaysia title in 2022, tells the story of a video streamer named Jehan losing his last crew member after a supposedly innocent prank goes awry. With no one left to assist him in making new videos, he turns to technology for the answer. He is lent an advanced android companion named AI.5YA, who becomes his one-woman film crew and supporting actress. 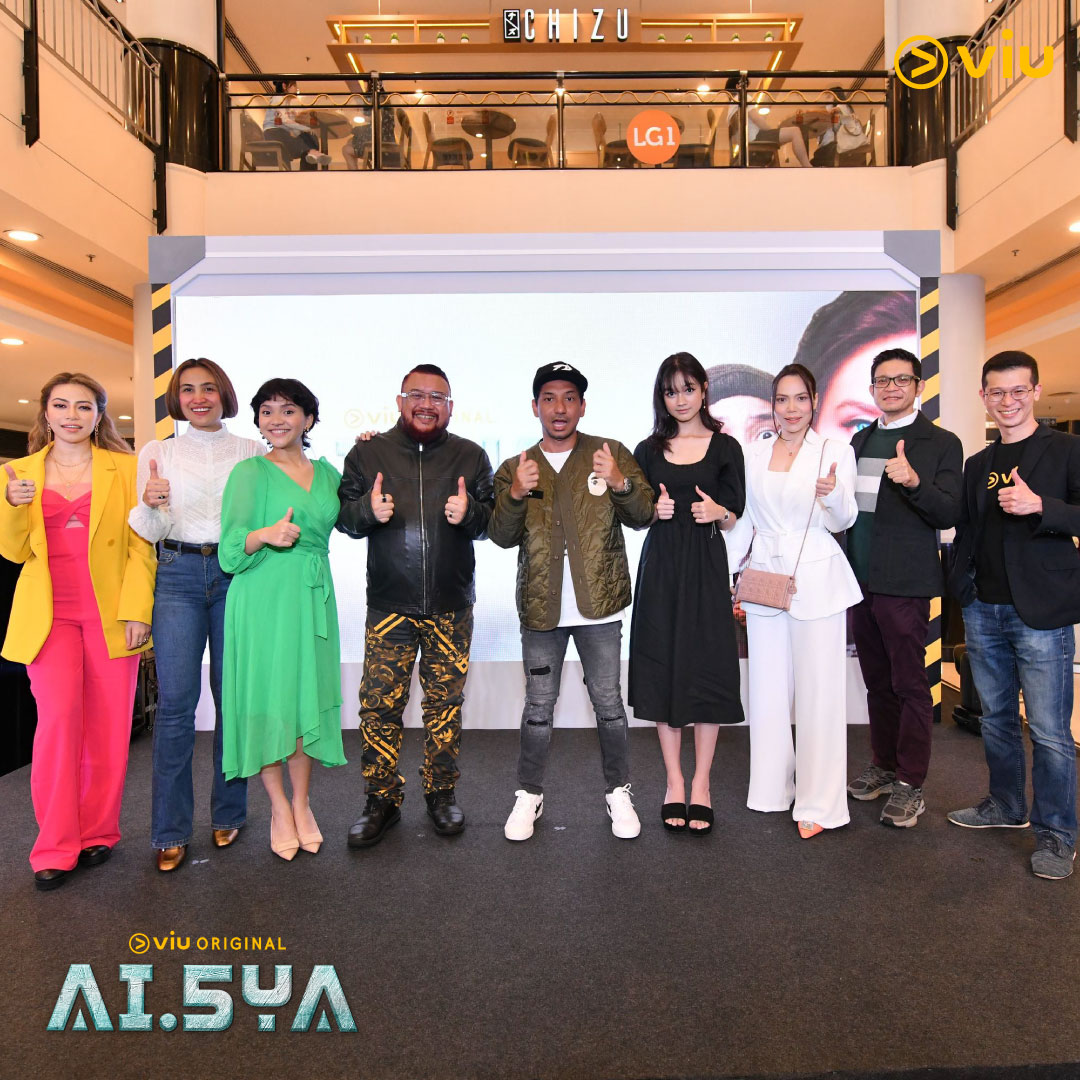 However, as his videos starring AI.5YA become viral, Jehan quickly discovers he has to keep her identity a secret and avoid the attention of fans and rivals alike, including his rival, Maya, and his sister, Jasmine.

Mr Kingsley Warner, Viu Malaysia’s Country Manager, said, “The latest work from the Viu Original team is a homage to family situational comedies, with a modern twist that brings together aspects of technology, family and comedy into a blend that we believe will be well received by our Viu-ers. We aim to improve our made-in Malaysia productions constantly, and we hope that this latest title resonates with local and regional audiences in quality cast, storyline and production, with more to come in 2022.”

Dato’ Afdlin Shauki takes on the role of creator, writer, director and supporting actor in this series, having done blockbuster comedy films such as Papadom, Sumolah and Buli Balik. His latest works include movies such as Bini-Bini Lockdown and the upcoming film Baik Punya Ah Long.

Jehan is played by the talented local comedian Zizan Razak. Winner of the Most Popular Comedian award at the Anugerah Bintang Popular Berita Harian in 2019, Zizan is also known for his appearance in the Polis Evo and Abang Long Fadil movie franchises.

Meanwhile, Mia Sara Shauki who takes on the title role of AI.5YA, is known for her recurring role in the series Wizards of Warna Walk, as well as films such as the upcoming sci-fi action movie Ceroboh and Baik Punya Ah Long.

Ozlynn Wati takes on the role of Jasmine, Jehan’s sister. Having made a name in theatre, Ozlynn’s past works include the telefilm Jangan Malu Menangis and the comedy series Imamku Okey.

Rounding up the cast is Elly Arifin, who plays Maya, Jehan’s rival and a high school friend who runs an online video channel focusing on beauty. Formerly a radio DJ, Elly made a splash as an actor in dramas such as Semusim Rindu, 28 Hari Mencari Cinta and most recently Lockdown 2.

Viu-ers will be able to watch the series on the Viu app, which is available for free download on App Store, Google Play, Huawei App Gallery and selected smart TVs, as well as on the web at www.viu.com.