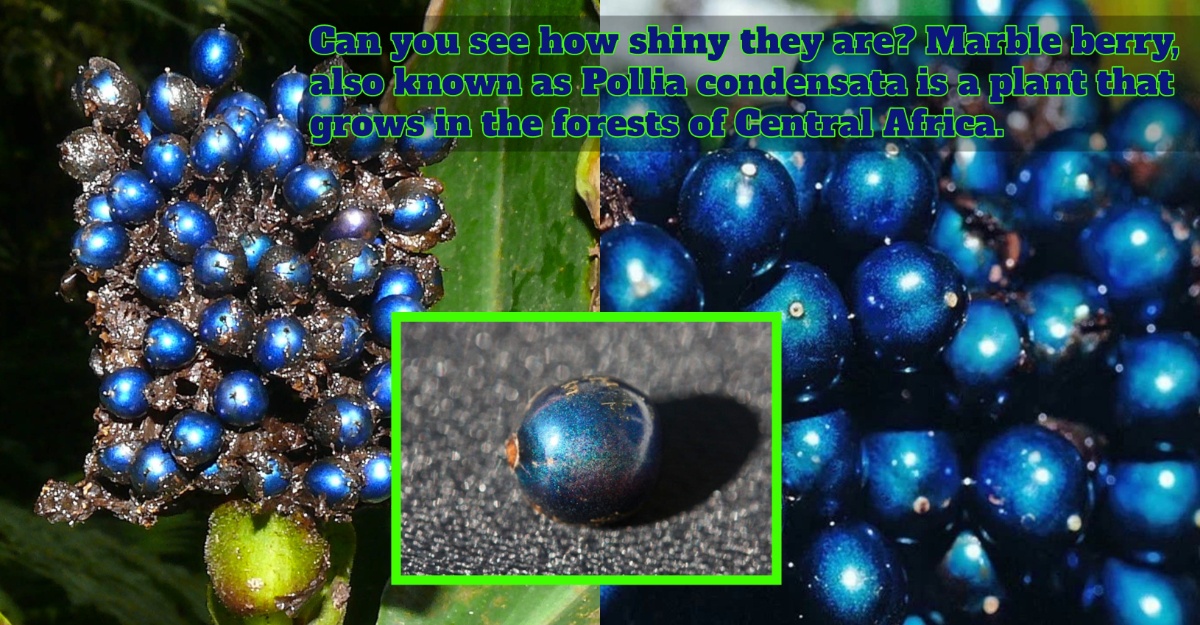 We often see fake fruits in the wooden bowls in some people’s living rooms as decorations. Kids especially always attempt to eat fake fruits as they disguise themselves well like the real ones.

Surprisingly, it seems like the fake fruits have become reality. Meet the shiniest berry in the whole wide world, the marble berry. 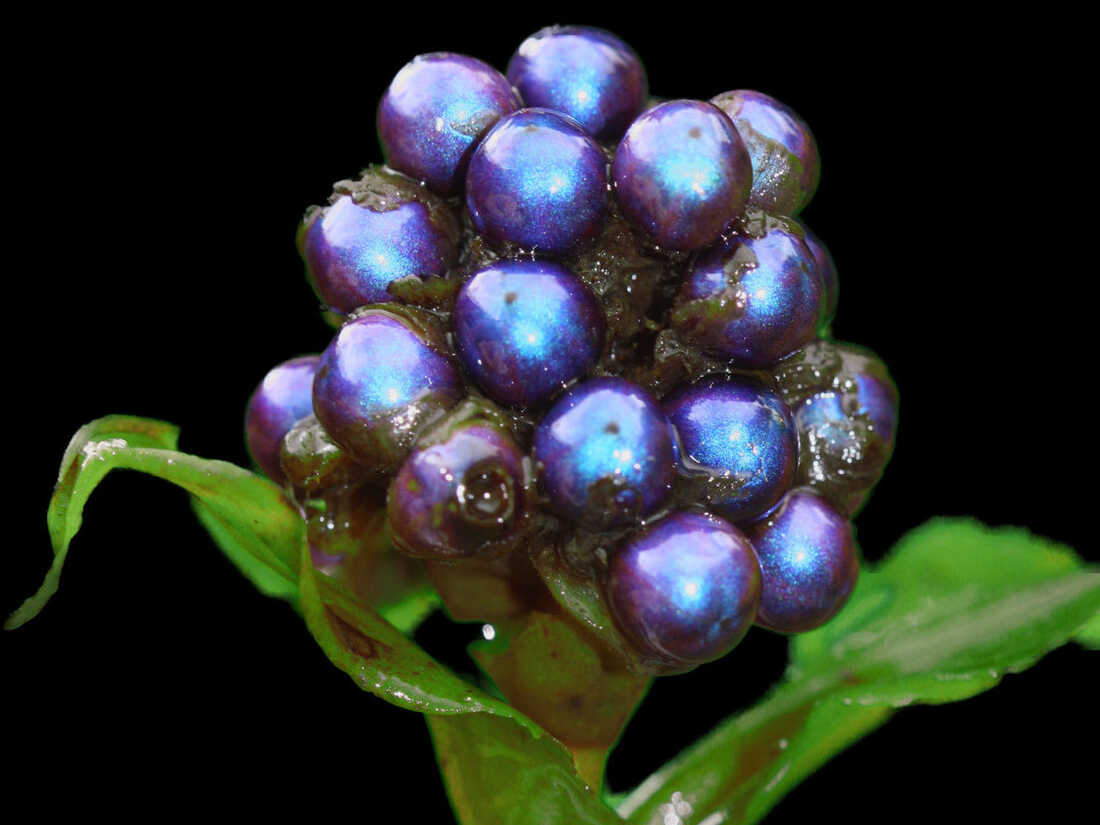 Can you see how shiny they are? Marble berry, also known as Pollia condensata is a plant that grows in the forests of Central Africa. It scientifically recognizes as the brightest organic substance in nature.

If you watch it closely, the marble berry looks like it’s painted with a layer of metallic blue paint. Interestingly, it has a unique appearance for a plant that resembles a sparkly little Christmas ornament that sparkles in the sunlight.

A physicist found the berry while looking at the reflectivity of buttercups and tulips. Then, his colleague suggested he investigate a weird blueberry from a tropical plant called Pollia condensata.

“In fact,” says Ullrich Steiner, “I wasn’t terribly impressed because [the berry] is not very big.” It’s much smaller than a blueberry. But close up, the blue color was incredibly luminous and intense.

Silvia Vignolini, from the University of Cambridge and her colleagues assume that the marble berry is imitating its neighbor, the blue fruits to lure birds with the promise of juicy pulp while providing them with nothing more than seeds to carry.

As an alternative, birds also gather the fruits to adorn their nests or use them as part of mating rituals. In either case, marble berry enjoys a free ride and avoids making an effort of creating tasty, nutritious tissues. 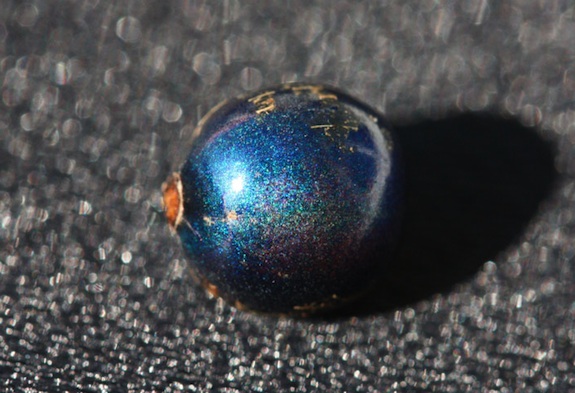 According to research, it turns out that the fruit’s color is integrated into its structure rather than depending on pigments that can deteriorate with time, which is why it lasts so incredibly long.

It’s so pretty, isn’t it? But can we eat it though? Unfortunately, marble berry is inedible. This is because it only consists of seeds. It also doesn’t have any nutritional value.

Greasy Pans Are So Disgusting, These Are Ways To Make It Shine

Greasy pans are something that many people do not like to see. Especially if it is hanging around in the kitchen and all the...