Can you believe many foreigners have already embodied the Malaysian spirit in them? The Malaysian way of talking has become their favourite.

Honestly, Malaysia is diversely unique, and we have many things to be proud of: different cultures, colourful ethnicities, delicious foods and, of course, our famous Malaysian slang.

It’s surprising and amusing to see many foreigners comfortably adapting to the Malaysian lifestyle. It somehow indicates our country serves warm and friendly hospitality to them.

Ryan Howlett shares a TikTok video of his favourite ways of using ‘Ha’ in Malaysia. And you would be surprised: this hits way too close to home!

My 5 favourite ways to use “Ha” in Malaysia

Some might think this isn’t true, but when we recall all those awkward ‘ice-breaking’ sessions, we would always begin our sentences with ‘Ha…’

Before we introduce our names, the word ‘ha’ spontaneously slips from our tongues. It’s a miracle people didn’t think our name was ‘Ha’!

When someone is talking or calling you, Malaysians often say ‘ha?’ instead of ‘yes?’.

Especially when someone calls you condescending names, the ‘ha?!’ intensifies (with an exclamation mark, that is).

Notably, Howlett hits the nail on the mark with this ‘ha’!

Instead of saying ‘I understood’, isn’t it easier to say, ‘ha’?

Well, when Malaysians ‘faham’, we say ‘ha’, and that’s enough for the explainer to stop explaining.

When he agrees with someone

When Howlett agrees on someone or something, the Malaysian in him says, ‘ha’. And if that isn’t Malaysian enough, I don’t know what is!

Also, aside from agreeing with someone, Malaysians use ‘ha’ to emphasise a point. Ha? Don’t you think that’s correct?

When someone spilt the tea

The ‘ha’ in this context is a mixture of disbelief and interest. Malaysians often use this to express their surprise when someone deliberately spilt the tea for another ‘membawang’ session.

Many users relate to the five ‘ha’s stated by Howlett (and the number two is the most accurate of them all): 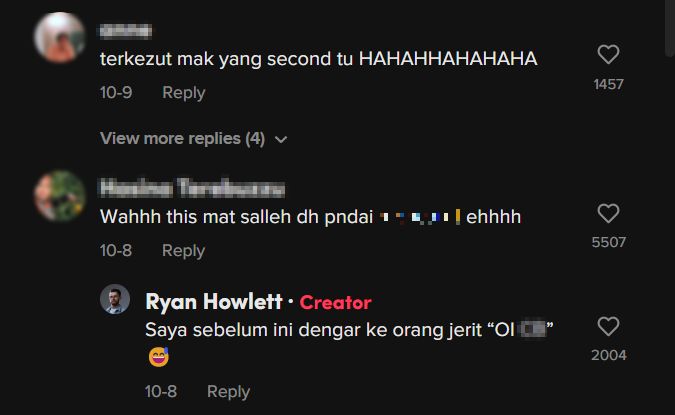 And some are shocked that Howlett knows that one famous word Malaysian often uses:

The ‘Malaysian’ language is fun and easy to use. It’s a universal language that connects many foreigners with the locals. They bond together using ‘ha’, ‘lah’, and other Manglish terms. Not only that, but Malaysian slang has also become a favourite of theirs.

It’s always heartwarming and fun to see people around the globe appreciating Malaysian culture. Don’t you agree? (It’s your cue to answer, ‘Ha’!) 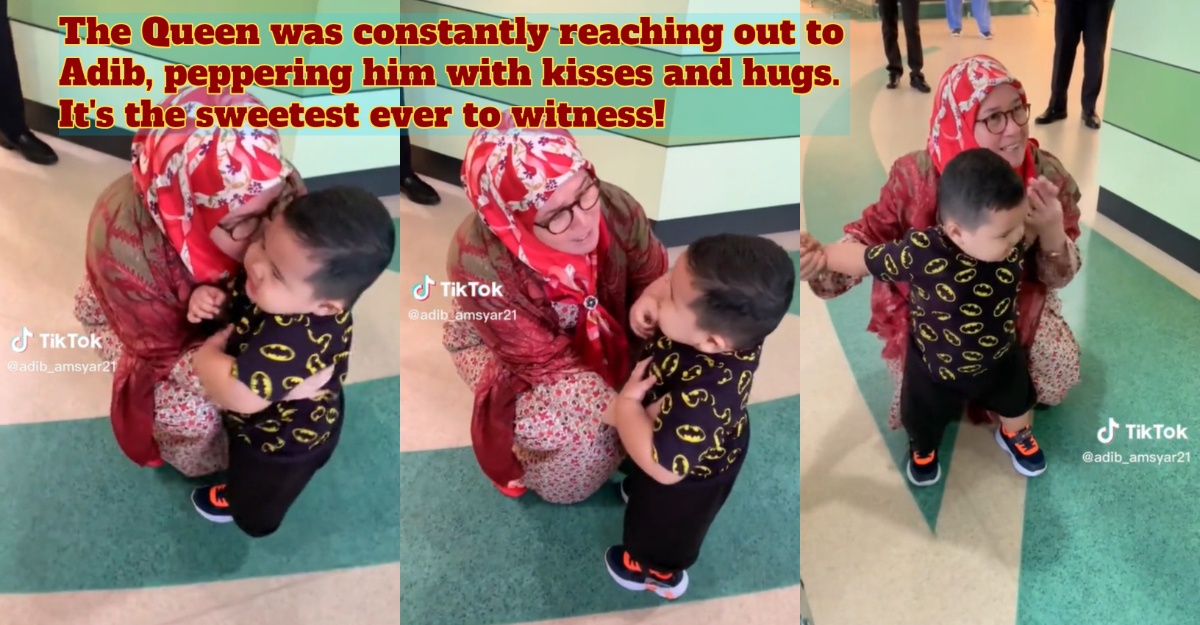 We can collectively agree that some of humans’ weaknesses are adorable animals and cute, chubby kids. It’s almost impossible to ignore these two, and...