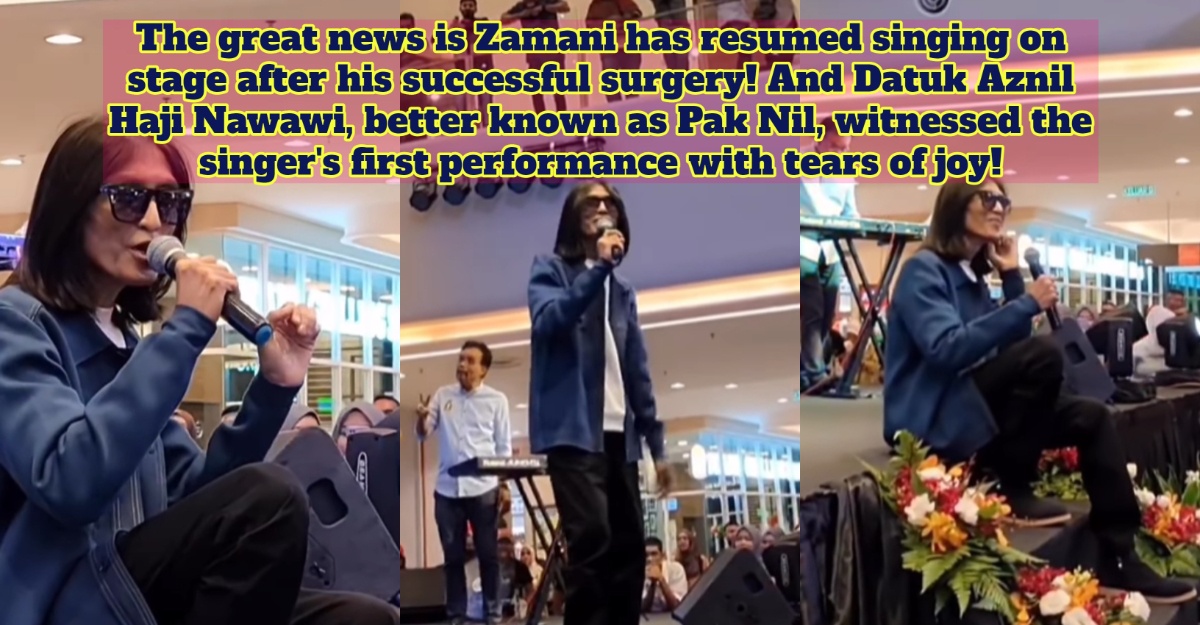 Slam is one of the most popular groups in the 1990s. Their songs like Gerimis Mengundang, Jika Kau Rasa Getarnya and Tak Mungkin Berpaling are still sung today, proving their credibility as evergreen artists of the decade.

Many adore the singer Zamani for his honey-like vocals. His voice is adored by people of all ages, and new singers also look up to him a lot as an idol.

The great news is Zamani has resumed singing on stage after his successful surgery! And Datuk Aznil Haji Nawawi, better known as Pak Nil, witnessed the singer’s first performance with tears of joy!

What happened to Zamani Slam?

As we all know, previously, the legendary singer was diagnosed with scoliosis. It’s a medical condition where the spine twists and curves to the side. It has deteriorated his health and physical state, causing him to turn down many public invitations on TV.

Also, Zamani stated that he was afraid of people’s perception of him. Therefore, he decided to lay low and take only more private and corporate shows. But Gegar Vaganza 5 (2018) has changed the discourse of his life and boasted his confidence to be on stage again.

Zamani made an appearance in a showcase. And he’s recovered from the surgery that took place three weeks ago!

He’s walking and greeting the audience warmly. He looks comfortable performing on stage, similar to before he was diagnosed with scoliosis. 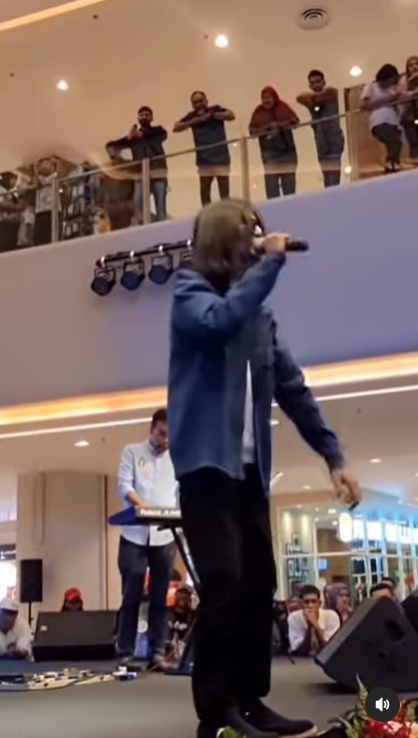 Everyone is enthusiastic to hear the singer serenade them with one of his hit songs, Mengapa Perpisahan Yang Kau Minta. They are singing along with him. It brings many memories to those who lived during the era this song was released.

“Thank you, ya Allah, for reviving Zamani’s health like before”

In Pak Nil’s Instagram post, he expressed his gratitude to the Almighty for easing the surgery and recovery process of the singer.

Allahuakhbar. Thank you, ya Allah, for reviving Zamani’s health like before. I shed tears of joy after watching Zamani’s first performance after surgery. It’s less than a month after the surgery.

Many fans share the joy of seeing Zamani on stage, healthy and happy. 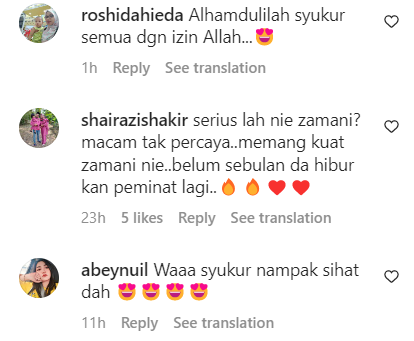 Additionally, some voices that the singer should rest more so he can recuperate from the surgery. 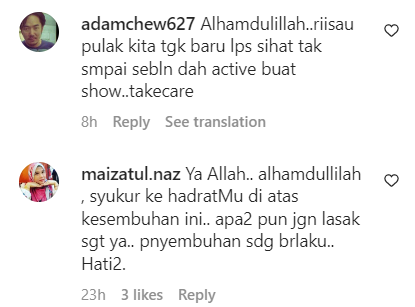 We’re also happy to see Zamani performing again. We hope that he’ll be healthy and resume his passion for singing. Jill Biden To Have Surgery To Remove Small Lesion

US First Lady Jill Biden will undergo surgery next week to remove a “small lesion” discovered on her face during a routine examination, her... Musician Plays Her Saxophone During A 9-Hour Brain Tumour Surgery

A 53-year-old Italian musician named Dagmar Turner undergoes an operation for her brain tumour in Rome on Thursday. Interestingly, while enduring the life-threatening nine-hour... 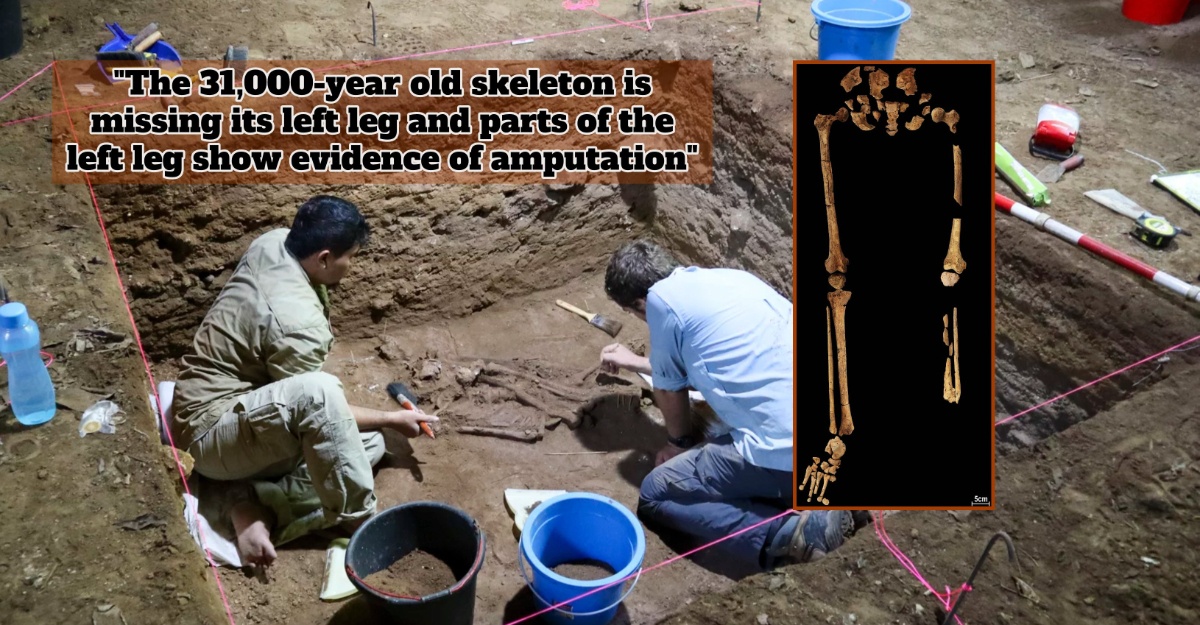 Archeologists have found an old skeleton aged around 31,000-year old in a cave in Indonesia. The skeleton is believed to be the first and... 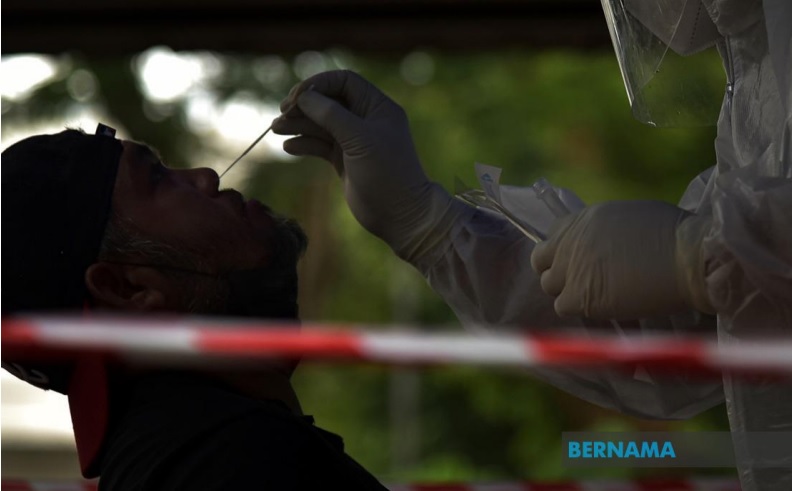