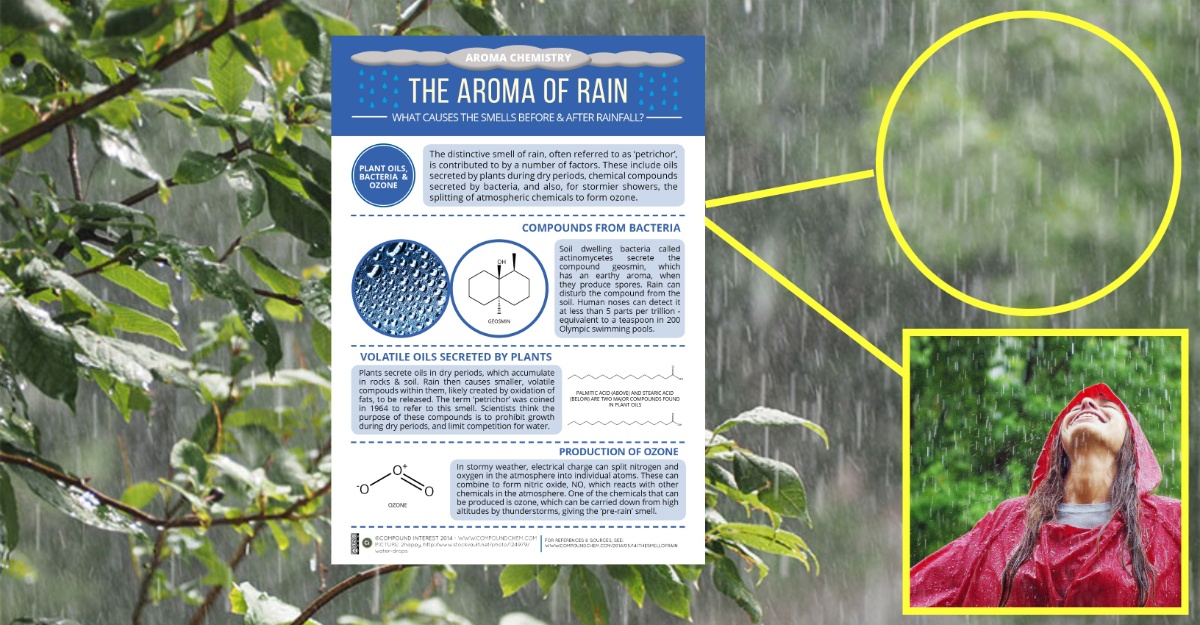 Can you smell the rain before it starts pouring? Have you wondered if it’s a common trait or a special ability?

One of the most sensitive organs of a human is the nose. Our noses pick up many scents. Some are pleasant, like the fragrance of a perfume. But some make you scrunch your nose like when a garbage truck passes by. You either hum in satisfaction or grimace when you catch a whiff of these two.

We saw a tweet that perks our interest. User Tatty H. (@tattyhassan) shared, “Just found out that there are people who can actually smell the rain, specifically, even before it rains.”

Just found out that there are people who can actually smell the rain, specifically, even before it rains. And now i’m jealous. What a gift.

This tweet encourages a long discourse by other users on the net.

Att Yusof (@attyusof) quoted the tweet by saying, “Wait… so not everyone can smell the rain? How about the smell of cockroaches or ants? I thought it’s a common trait all humans have.”

Wait…so not everyone can smell the rain?? What about bau lipas and bau semut???? I thought it’s a common trait all humans ada. https://t.co/exZwxHfENG

Is it a common trait?

Looking at the replies, even though they might not be ordinary, many can smell them! 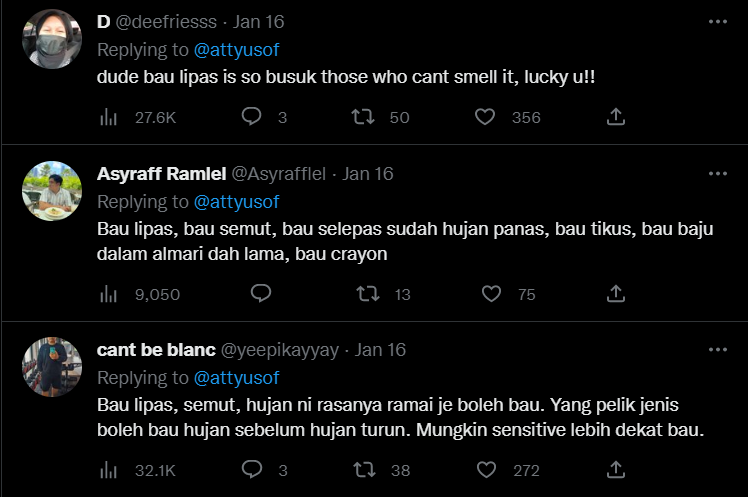 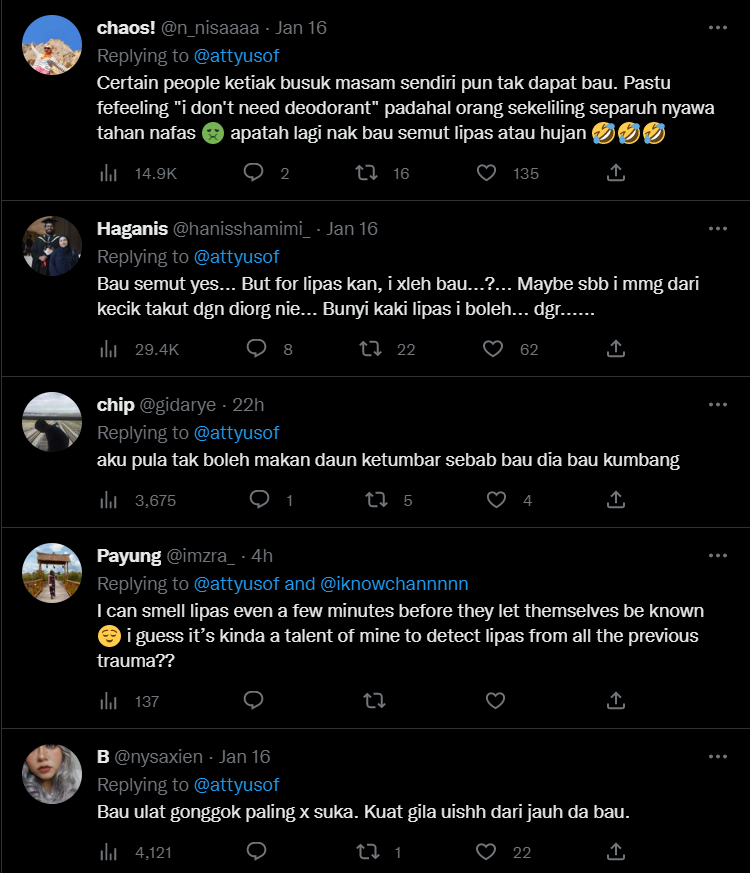 It’s not only limited to the rain, cockroaches or ants. Some can even smell old closets and mineral water! Different brands have different scents, they say!

Is this scientifically proven?

The answer is yes! There are times when people can smell the upcoming shower or a thunderstorm. You have a sensitive nose if you can smell it!

Did you know? A sensitive nose picks up three things: ozone, petrichor and geosmin.

Ozone is different from oxygen. The atomic molecule of ozone is O3, while oxygen is O2. Therefore, ozone is formed when oxygen is heated by lightning during a thunderstorm. This phenomenon gives off a pungent smell. The wind carries this scent and reaches your nose. That’s why you can smell it even before it begins raining!

In 1964, two Australian scientists came up with this term. In Greek, petra is stone, and ichor is the blood of gods. Hence, the distinctive smell of blended oil mixed with rocks and sand triggers your nose to catch the scent of the rain! You’re smelling the debris in the air that is released by raindrops.

It is a chemical compound produced by bacteria living in the soil. These bacteria secrete a compound when they produce spores.

When the spores evaporate, the moist air reaches our nose, which is detected as an ‘earthy smell’.

It looks like people who can smell the rain before it pours are definitely one of a kind! Are you one of them?

In this article:rain, rain smell, Science 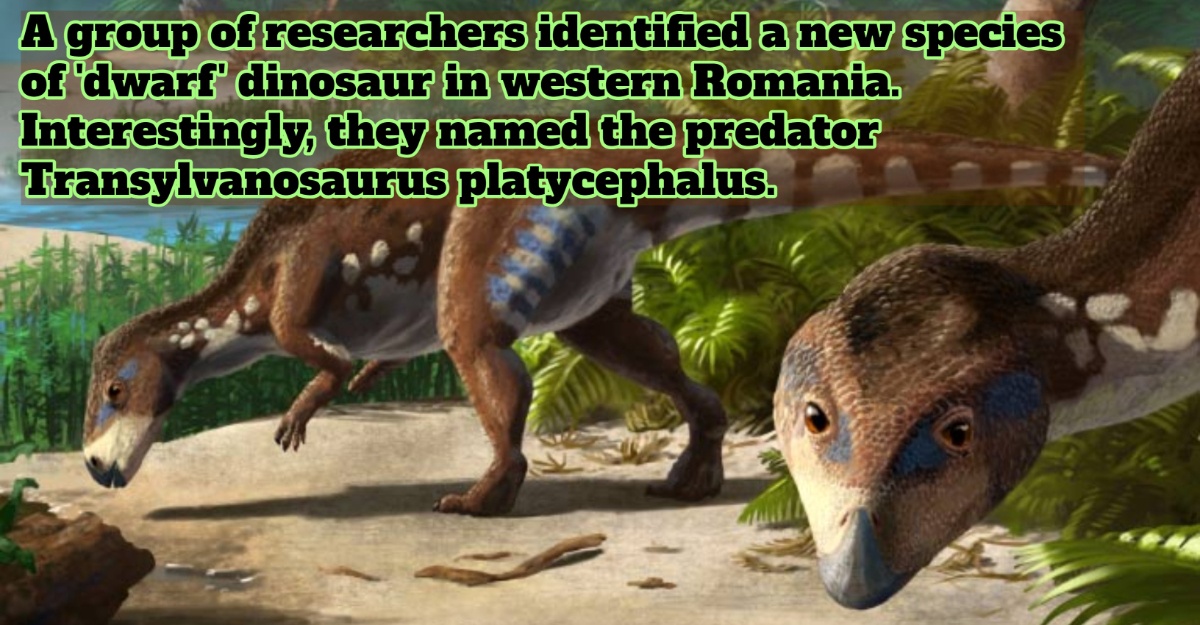 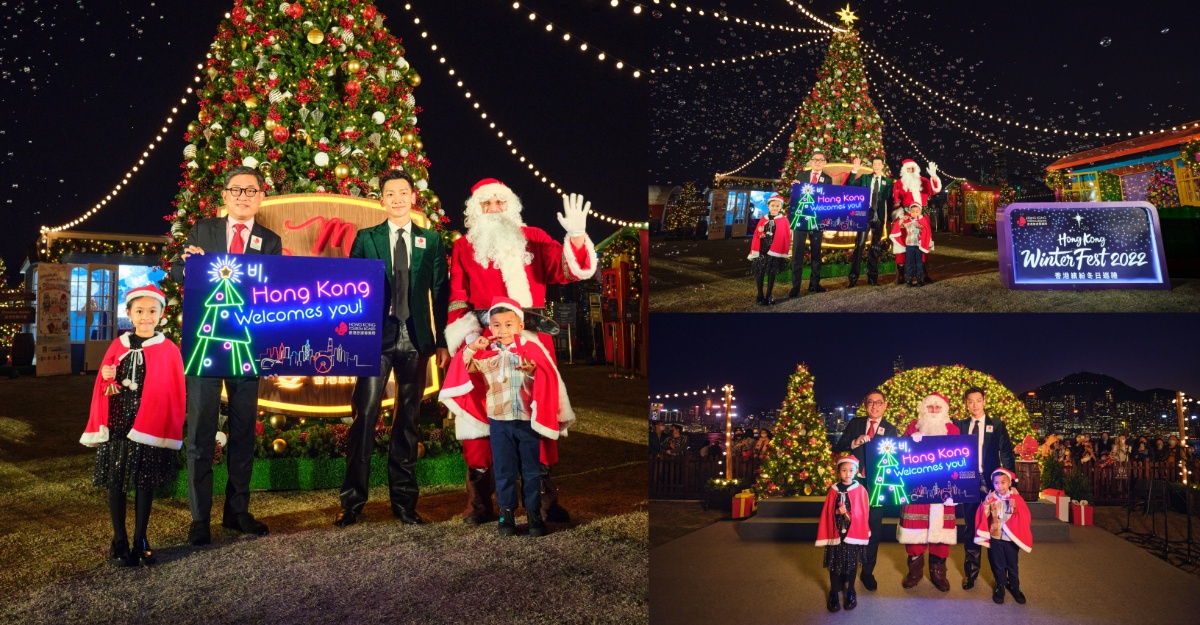 In this festive month of the year, the Hong Kong Tourism Board (HKTB) invited Korean superstar Rain (Jung Ji-hoon) to spend the Christmas holiday... Not Just Several States In Malaysia, But Hat Yai Is Flooding Too?

The holiday season means happy occasions. Nevertheless, those on a vacation in Hat Yai, Thailand, are in an unpleasant situation as the city is... What Happen To Your Body After Death? The 4 Stages of Human Decomposition

Although death is inevitable, not many want to discuss it openly. Like it or not, death is a process that occurs naturally. And as...