Ultras Malaya’s unity and team spirit is looked up to by many football fanbases in Southeast Asia. Known to be high-spirited, enthusiastic and united, Ultras Malaya never fails to give the national team the boost they need. Also, many are awed when they began chanting their songs as an emblem of their support.

There’s a reason why Malaysian fans insisted on filling the 87,411 seats in the Bukit Jalil National Stadium whenever Harimau Malaya is playing. One of the aspects that can lead to a team’s victory is the unyielding support from the fans.

Can you imagine a stadium full of supporters singing and shouting encouraging words to you? Goosebumps will definitely arise on your skin!

The rush of adrenaline and an explainable pump of drive can make a huge difference to the way they play their game. Tiredness can make the players lose their focus, but what keeps them going is the cheers from the fans.

FIFA acknowledged Ultras Malaya’s enthusiasm and humility after last night’s match. Despite losing 3-0 against the War Elephants, fans showed their respect to the opposite team, illustrating the kindness of Malaysian fans who went to Thammasat Stadium.

The Malaysia fans show their respect for the Thailand players after losing to them in the @affmecup 🤝#FootballUnitesTheWorldpic.twitter.com/36LrGJ3ITZ

A foreigner is stunned by Ultras Malaya’s enthusiasm

In a TikTok video shared by @mesin_jahat55, a foreigner reacted to Ultras Malaya singing one of their chants, Ayuh Malaysiaku. With lyrics Yuh ayuh, Ayuh Malaysiaku, Hari ini, kita mesti menang (Oh our Malaysia, today we must win), Malaysian players will be more than energetic to show a good performance!

The man can’t help but be blown away by it. Not only that, he said, “I didn’t even know a fanbase like this existed anywhere else in the world, apart from England and America.”

Saying Ultras Malaya is ‘class’, throughout the video, he is delightfully surprised by the fans’ enthusiasm and unity.

Many fans shared they are proud to be Malaysians due to the strong fanbase this Jalur Gemilang country has. 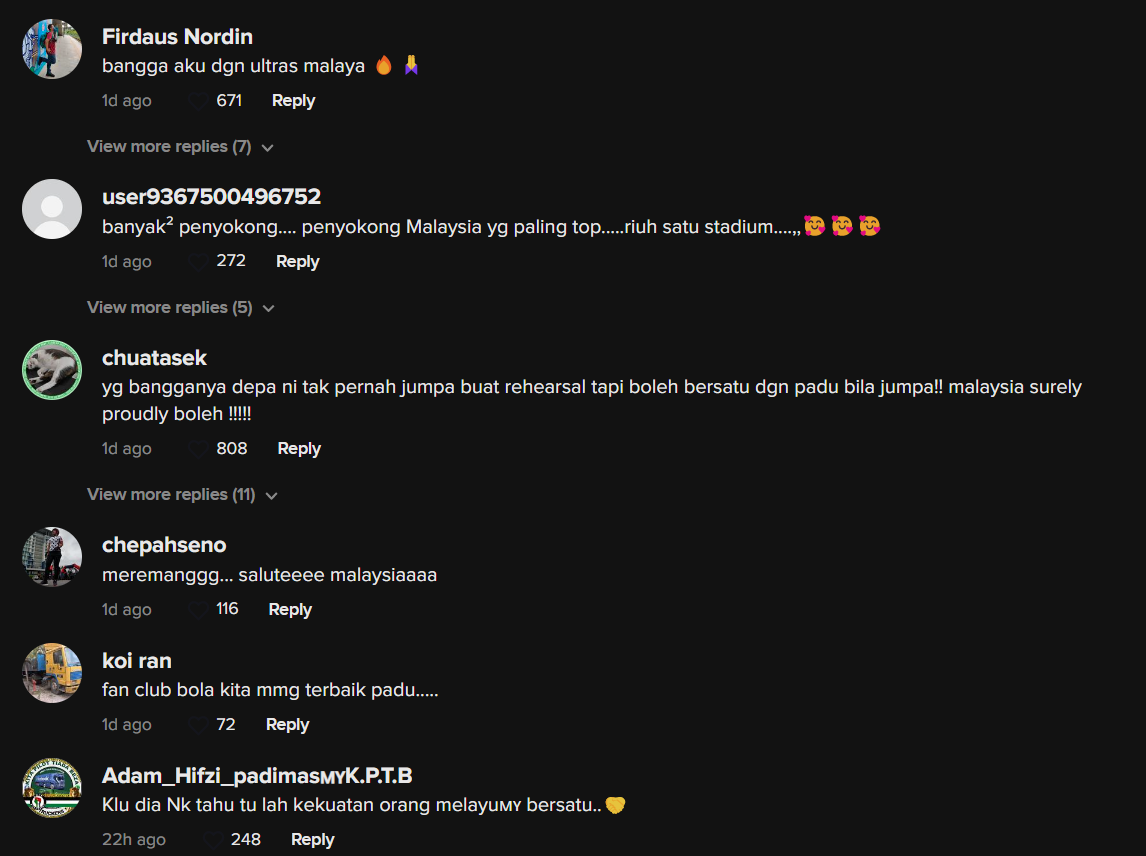 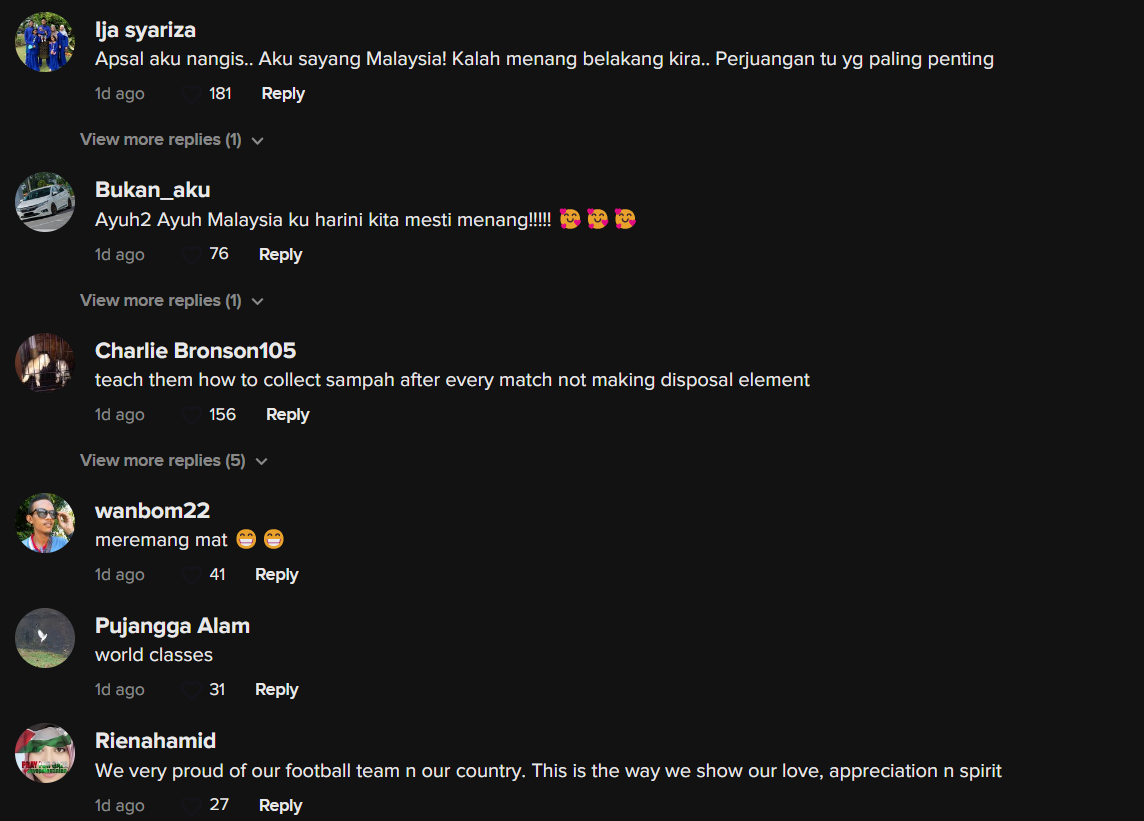 We hope Ultras Malaya will always have Harimau Malaya’s back. As the saying goes, behind a team’s success is where a fanbase stands, and we take that very seriously.