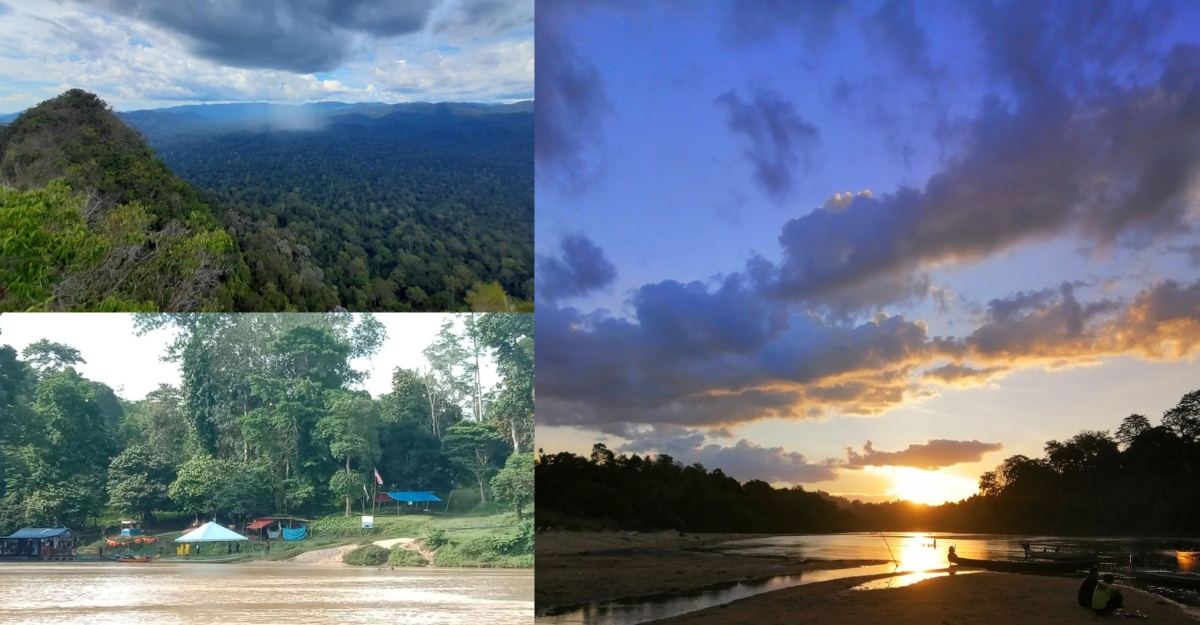 JERANTUT (Bernama) — After more than two years in the doldrums, Kuala Sat in Hulu Tembeling, has come alive with visitors flocking in droves over the weekend to this hidden gem, home to some of the most breathtaking landscapes Pahang has to offer.

The eco-tourism sector here, which is still in its infancy, is showing its early signs of life, with Kuala Sat attracting nature lovers following the tourism industry’s revival at the end of last year. Jerantut itself has various hidden gems waiting to be explored and these secret spots are where the real charm lies.

The government has fully reopened its borders after more than two years of COVID-19 pandemic-related closures as the nation transitions to endemic phase, beginning April 1 this year.

Sited about 117 km from Jerantut town and 54 km from Kuala Tahan in Pahang, Kampung Sat, which is partially located in Taman Negara, is a popular attraction among local and foreign tourists, who either choose a day trip or spend overnight to immerse themselves in nature, as the place is blessed with pristine tropical rainforest dating back more than 130 years ago.

An ideal place for nature lovers and conservation enthusiasts to reconnect to nature, this traditional Malay village with vibrant greenery surroundings, offers a panoramic view to visitors.

The tranquility at Hulu Tembeling River and Kuala Sat River (Hulu Tembeling’s river mouth), which is the source of income for villagers and the local folks’ warmth as they greet visitors in their Hulu Pahang dialect, are moments which would definitely leave an indelible mark in anyone’s memory.

After the hustle and bustle of Kuala Lumpur, a trip to Taman Negara would not be complete without spending the night at Kuala Sat, a truly hidden gem in this district and wake up to the sights and sounds of the majestic rainforest.

A three-day camping trip with my family to Kuala Sat recently was indeed my breath of fresh after placing the outdoor activity on the backburner for quite some time.

The chilly morning mist rising from the ground took our breath away. But what captivated us more is the villagers’ entrepreneurial spirit as they strive to emerge stronger from the pandemic by reviving ecotourism in Kuala Sat.

The arrival of visitors has been a ray of hope for the villagers especially those who are involved in tourism support services to boost the growth of tourism activities in the village.

Besides continuing with the family tradition in rubber tapping, most youths in Kuala Sat are boat drivers, navigators, chalet managers as well as tour guides who indirectly create new job opportunities for nearly 70 youths in the village.

The Kuala Sat jetty, about 100 metres from this village generates income for hundreds of boat operators who start work as early as 10 am to ferry tourists to popular spots along the Hulu Tembeling River and Sat River near Taman Negara.

My family opted for a package which included a trip along Hulu Tembeling and Sat rivers to the Orang Asli Batek tribe settlement in Kampung Bengoi, a picnic at Pulau Betong and a visit to the Kelah sanctuary in Kuala Sat, which hosts thousands of river fish species, such as kelah, lampam and kerai.

Other activities include jungle trekking, a visit to Istana Seri Tembeling (royal villa of the Pahang Sultan and members of the royalty whenever they visit Hulu Tembeling) or a trip to Pos Kelapah, the entrance to Gunung Milung, available at reasonable prices.

“Kerayan sunguh gun… (“The situation is much better now)…Kampung Kuala Sat is now livelier with visitors coming to this place every weekend,” said Zainuddin Yusuf, 82, in his Hulu Pahang dialect (Kuala Sat), a senior citizen when met while we were having our meal at his food outlet.

He said every village in Hulu Pahang has its own dialect, which makes the people here unique when welcoming visitors.

Zainuddin, who is also grateful that his business has bounced back to the pre-COVID-19 period, said that for almost two years, his customers were only those from the village due to the imposition of the Movement Control Order (MCO).

What’s special about his shop is it serves traditional Hulu Pahang dishes such as gulai asam rong and Pahang’s signature dish, gulai tempoyak ikan sungai (freshwater fish cooked in fermented durian curry).  It’s a must for visitors to Kuala Sat to savour the two popular cuisines.

Besides restaurants, other facilities are also available in the village, among others grocery store, primary school, mosque, a public health clinic as well as a shop selling subsidised petrol.

The people have access to basic utilities such as water and electricity supply, telecommunication service and the internet.

Like a sparkling gemstone, the ecotourism sector’s potential is enormous as it has uplifted the socio-economic needs of the villagers who were previously dependent on rubber plantation and other produce as a source of income.

The changes are evident with the availability of a road linking Kuala Tahan to Hulu Tembeling and Kampung Kuala Sat, which was completed in 2018.

“Prior to this, we took the boat as our means of transportation to buy necessities, which took about three hours to reach Kuala Tahan from Kuala Sat.

“From Kuala Tahan to Jerantut, we had to take a taxi or ‘teksi sapu’ which took about one hour to reach our destination,” a villager, Zainuddin Sam, 61, told Bernama.

The existing road infrastructure facilities not only benefitted about 700 people in Kampung Kuala Sat but also nearby villages, among them Kampung Bantal, Kampung Mat Daling and Kampung Gusai with less than two hours to reach Jerantut.

It also serves as a gateway to economic prosperity for the local population as these facilities provide vacation options for nature lovers to gain new experiences in Kuala Sat, other than Taman Negara.

However, developing ecotourism at a location which “had nothing to offer” previously, especially in convincing village folks to “sell” the right products to tourists, is no easy task, according to Alias Abdullah Hashim, 47, who is among the pioneers of ecotourism in Kuala Sat.

Alias, who returned to the village in 2018 after working as a tour guide for 20 years in Kuala Tahan said he believes in Kuala Sat’s growth potential given its location which is close to Taman Negara.

He said Kuala Sat has been gaining popularity among visitors outside Jerantut since early 2019 when the social media platform was used to promote various unique attractions here.

Alias has to date set up a Satlodge Campsite on his family-owned land overlooking Sungai Hulu Tembeling and Taman Negara.

“Kuala Sat has many attributes, such as its clear water river, with sand sediments and only a few rocks make it conducive for river activities to be carried out in addition to the well-conserved flora and fauna,” he said.

“The activities here are very suitable for the whole family, such as picnicking, rafting, boat rides to Sungai Sat and the most popular is tubing where the rider is seated on their tube untethered and is moved along the river by currents,” he added.

Alias said whenever he receives encouraging feedback from visitors, he would start mobilising the youths to participate in the venture, noting that there were some who injected capital into chalets, rooms and homestays to meet the increasing demand.

There are now two campsites in addition to five types of accommodation for rent such as homestays and chalets.

Sharing his predicament during the MCO, Alias admitted that the lockdown forced him to shut down his one-year old tourism activity.

“Many orders had to be cancelled and I incurred thousands of ringgit in losses. Our village youths were forced to return to rubber tapping to earn a living.

“Thankfully, the situation has been improving and the tourism activity here is back on track. I’ve been absolutely overwhelmed with orders from tourists especially on weekends and school holidays,” he noted.

Meanwhile, the owner of a six-month old campsite Ilusi in Kuala Sat, Suhaidi Erwan Zainuddin, 33, said the project, which was developed on a piece of his family-owned land fronting Sungai Sat and Taman Negara, was halted due to the MCO.

For almost two years during the lockdown, he was forced to return to rubber tapping at a farm owned by his father at Kampung Jipang, opposite Sungai Sat.

However, Suhaidi Erwan, who is an experienced tour guide in Taman Negara Kuala Tahan, together with Alias, spent the MCO period planning out new activities in Kuala Sat, including a mountain climbing package to Gunung Milung, their latest offering.

“We fully utilised the MCO to launch new packages for tourists, and the Gunung Milung package is one of them. The package costs about RM320 per person with a minimum of 10 in a group.

“Together with Alias and several other friends, we embarked on our 12-kilometre expedition for three days and two nights by trekking the trails leading to Gunung Milung, which is situated at 691 metres above sea level.

“Our boat ride from Kuala Sat to Pos Kelapah was about 45 minutes, and we later departed for Pos Serdang, a five-hour journey. After a night-stay at Pos Serdang, we then headed for Gulung Milung where we spent the night there,” he added.

The three days two nights package, he said, is certainly value for money for climbing enthusiasts.

“The 360-degree view of the surrounding land below from the rocky summit is simply stunning.  You get a spectacular view of lush greenery of Taman Negara and a breathtaking sea of clouds in the morning, floating above the mountain,” he shared.

“Given the encouraging response from tourists, it is hoped that the relevant authorities including the Ministry of Tourism, Art and Culture, could undertake initiatives by unleashing the tourism potential in Kuala Sat, hence generating economic spillovers for the villagers,” said Suhaidi Erwan. 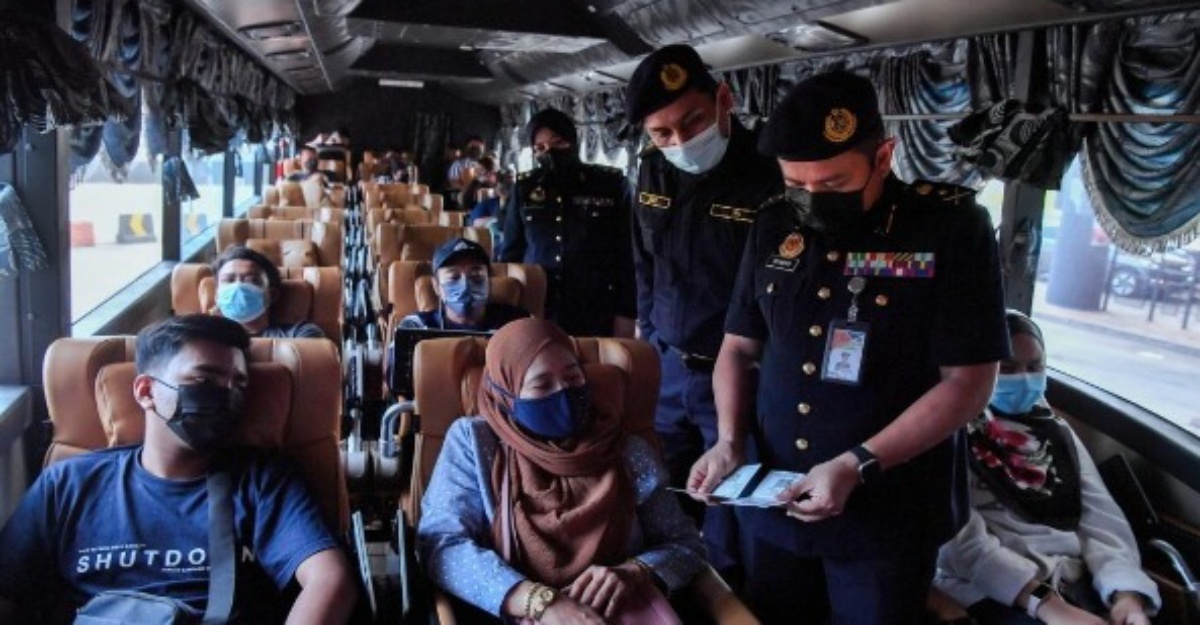 TANJUNG MANIS, Nov 18 (Bernama) — In the past, Belawai Beach here was just a hidden beach known only among locals, despite its stunning... 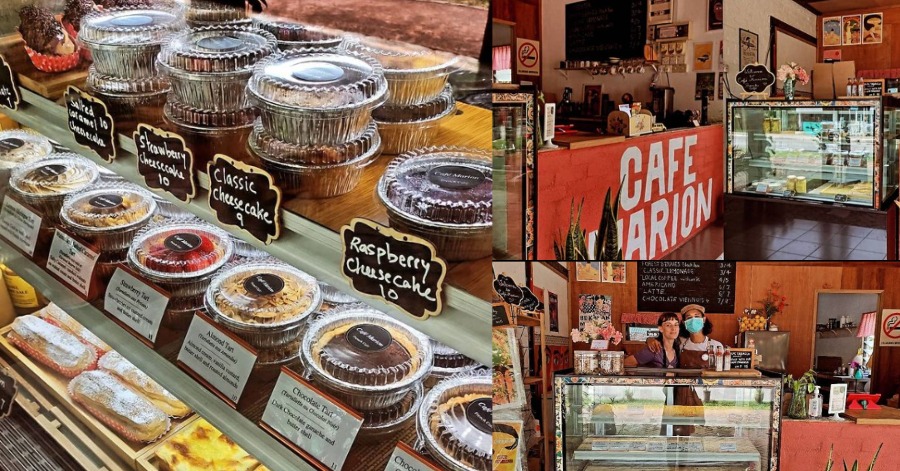 Cherating is a beach town in Pahang, Malaysia, located about 47 km north of Kuantan. It is known for being a quieter resort town,...