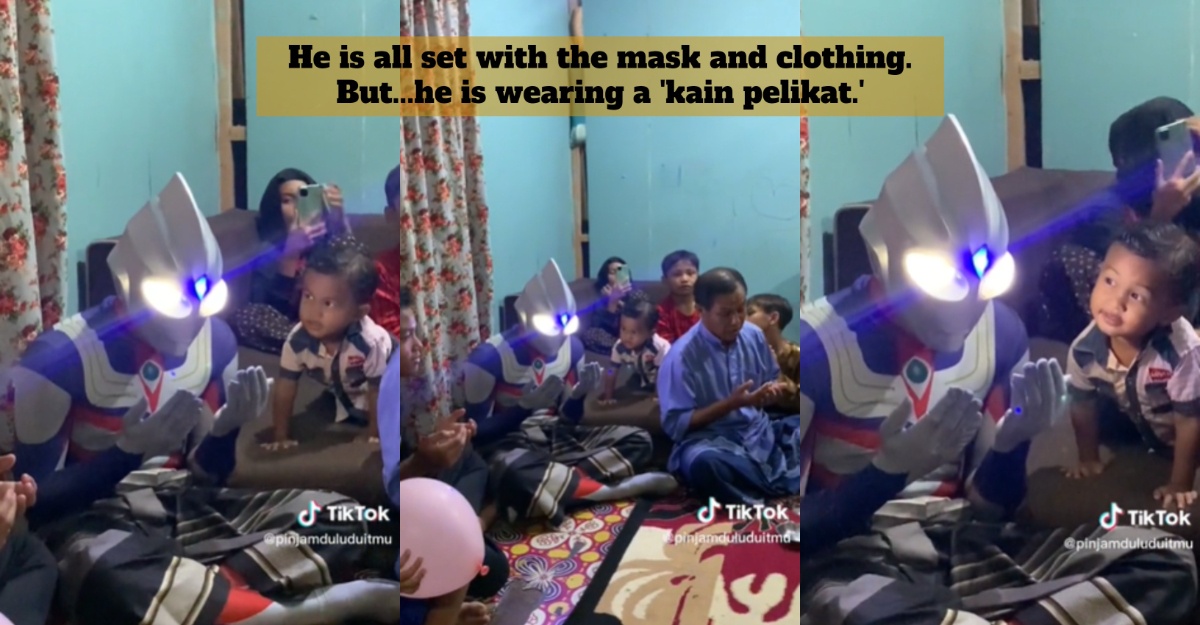 Who is your favorite superhero growing up? There are many superheroes we know from television, including Ultraman! Many people dream of becoming of one the Ultramans when they were younger. Their fighting with the monsters in the middle of the city is so cool!

The Ultraman’s action of saving the city from danger makes the children aspire to do the same! That’s one of the positive lessons that can be taken from watching Ultraman.

However, I guess not only children who like this superhero. Adults do too by seeing this video shared by @pinjamduluduitmu on TikTok. Let’s watch the video below:

The video shows people making a du’a together. Seeing the colorful balloons decorated in the house, it is safe to say that these people are celebrating a memorable occasion. There are also drinks and food prepared on the table. Yum!

All seems normal seeing these people raise their hands making du’a, until the video catches the Ultraman! The superhero is raising his hands too!

Furthermore, the little boy also catches the attention of people. It is unsure if he is looking at the superhero fondly or weirdly. But his eyes do not turn away from the Ultraman.

Maybe he is enticed by the lights flickering on the superhero’s face. What do you think?