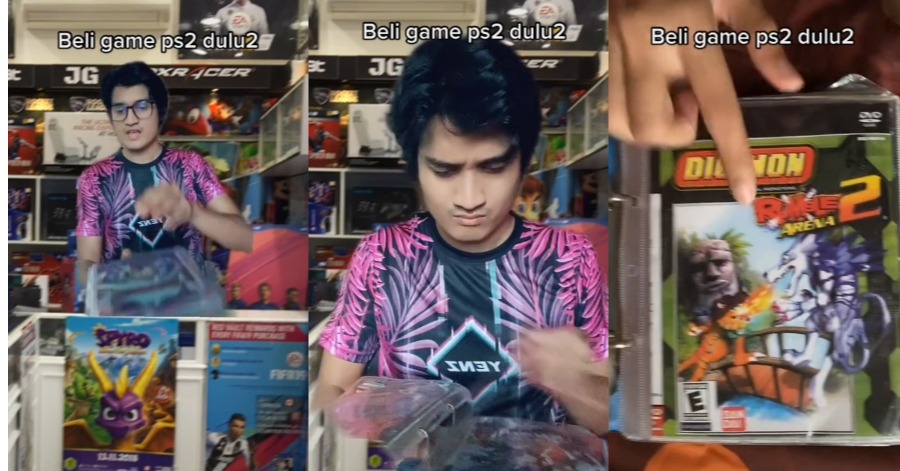 Who can’t forget the memories of when we were little. Arguably there are a lot of memories we do and can still be remembered to this day. Examples of sweet memories we can remember are playing with friends at school and playing video games.

But, did you know that among the video game consoles that have become a big part of childhood memories is the PlayStation 2 (PS2) console?

There is no doubt that the PS2 console has sparked a phenomenon not only in Malaysia but around the world as well. Various game titles that were said to be very fun to play at the time such as Call of Duty, Kingdom Hearts, Tekken, Metal Gear Solid, and many more.

Recently, a video uploaded by @sonicwebs on TikTok went viral where the content of the video brought back the memories of many Malaysians regarding the PS2 console.

Through the video, the TikTok user showed how we as Malaysians bought PS2 games during the popular era of the console.

It turns out that the video managed to keep many people entertained because the situation of buying games displayed is almost the same as when they bought PS2 games when they were little.

In this article:childhood, memories, PS2, tiktok